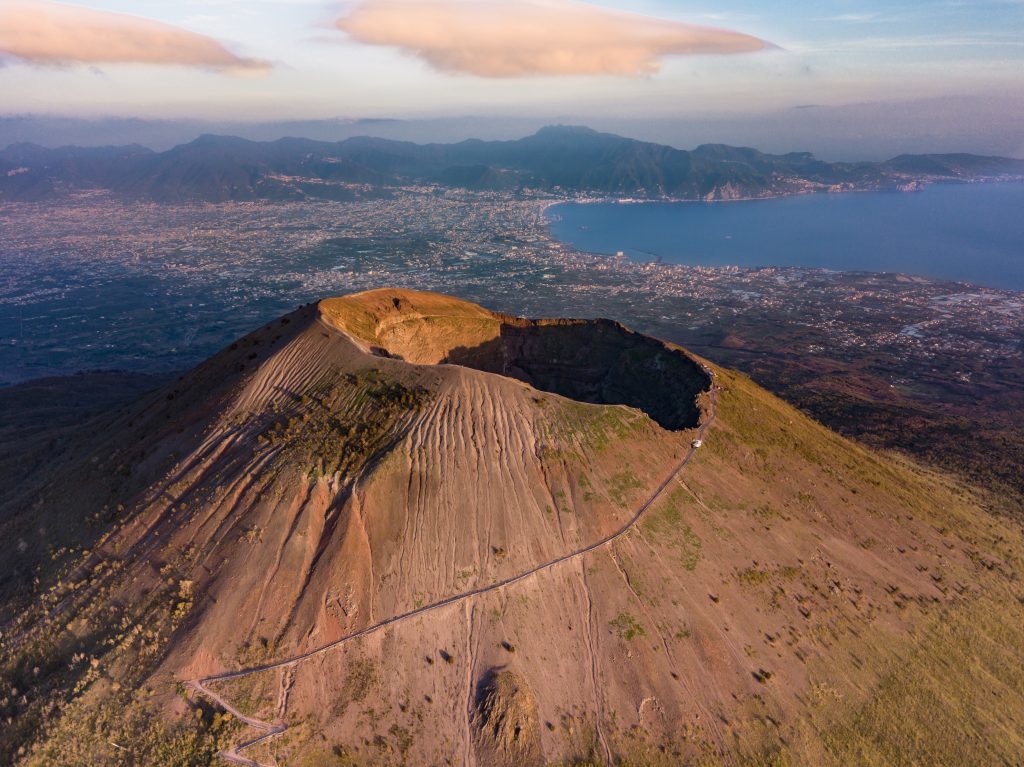 We can start by saying that Vesuvius is one of the most dangerous volcanoes in the world and is located near the Gulf of Naples. This volcano has threatened the territory several times, like in the eruption of 79 AD.C which buried many cities such as Pompeii.

Despite this, the population continued to live in that territory and above all learned to live with Vesuvius.

From Vesuvius many popular legends of the fantastic genre were born, they handed down for oral tales including the legend of Pulcinella’s origin, the carnival mask, and the theatrical emblem of Naples.

According to the history of 1700, Pulcinella was born from the shell of a magical egg, which appeared on the top of Vesuvius by the will of Pluto, the God of the Underworld and the Dead, following the request of two Neapolitan sorcerers, who would prepare the magic dough because they wanted to receive a savior, a rescuer, an ally of the people who would heal situations of injustice and oppression that weighed so heavily on the city.

The most famous volcano in the world, Vesuvius, is certainly the emblem of Naples that for centuries has aroused curiosity and popular imagination among myths, legends, and local traditions.

“Vesuvius would not exist without Naples. There would be no Naples without Vesuvius.”

Vesuvius, for better or for worse, is an authentic international Guinness World Records Rock Star and for over two thousand years, stands out proudly on the Gulf of Naples contributing with its charm, its popularity, and its bursting strength to forge the character of a people.

It is the most admired natural spectacle ever, the one that smells of earth and sulfur, from the slopes to the cone suspended between life and death.

With this, we conclude that Vesuvius, although very dangerous, is very important and significant for the Italian population and beyond.