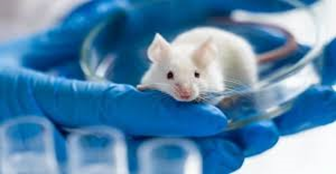 Animal testing is a hotly debated topic. On the one hand there are the animal rights activists, anti-speciesists, anti-vivisectionists, who argue that animal testing is ethically incorrect and useless because “a man is not a 70 kg rat”, reminding us of a long list of failed drugs. On the other hand, we have groups with a more “anthropocentric” point of view that claim the centrality of human life and the role played by animals in the most important scientific discoveries. Therefore, in the name of medical-scientific progress, they argue that animal sacrifice must be contemplated in research.

Based on the overall evidence, it is incorrect to say that animal testing was useless. Among the numerous examples, statins for cholesterol or the anti-flu vaccine have significantly improved the quality of life of many people, the price of this advancement of research has been animal sacrifice, thanks to which scientists have been able to show safety. and the effectiveness of the related substances in the laboratory.

Experimentation on animals, therefore, was necessary to understand what could happen in the human body, allowing us to obtain the scientific results that we all enjoy today. The starting scientific reasoning is that animals are very similar to humans so it is often possible to predict, from the effects we observe in an experiment conducted on a rat or a pig, what will likely happen in a person. That is, an animal is a good representation and therefore a model of a human being. It is up to us scientists to correctly interpret what we observe in the laboratory and translate it into the human context – accepting, of course, the limits and risks of the model.

Obviously years ago we did not have the technologies to be able to do otherwise. Today, however, scientific and technological advances in the biomedical, computer, and engineering fields (for example the creation of mini human organs and tissues, artificial intelligence, microfluidic systems, imaging) are paving the way towards completely new and mini-impacting opportunities on the social level. .

If we look at other fields of research, for example that concerning navigation systems, enormous progress has been made and the related technologies have been adopted by everyone.

At this point a question arises: do we still need animal testing today?

The answer is yes, as we still need animals to investigate the effects of substances that involve multiple organs, but we cannot help but also to study the immune system, complex brain functions or the endocrine system.

A world in which we will have the technologies and knowledge necessary to engineer a mini human lymphatic system flanked by computational modeling based on artificial intelligence to be able to study the immune functions perhaps even with more precision than a guinea pig is a better world for everyone. .

Therefore, based on the scientific evidence accumulated over the years, it is not reasonable to argue that animal testing has not helped. But it is also unreasonable to argue that we have no other ways to model the human body and it is therefore necessary to use the animal because otherwise biomedical research fails and diseases are no longer cured.

Starting from the technologies we have available today, just as we have changed the navigation systems, we can change the paradigm of experimental models based on guinea pigs and go in the direction also envisaged by the relative European directive.

And this not to follow one ideology rather than the other, but to study and model biological systems more precisely, to increase the benefits for humans, animals and scientific knowledge.