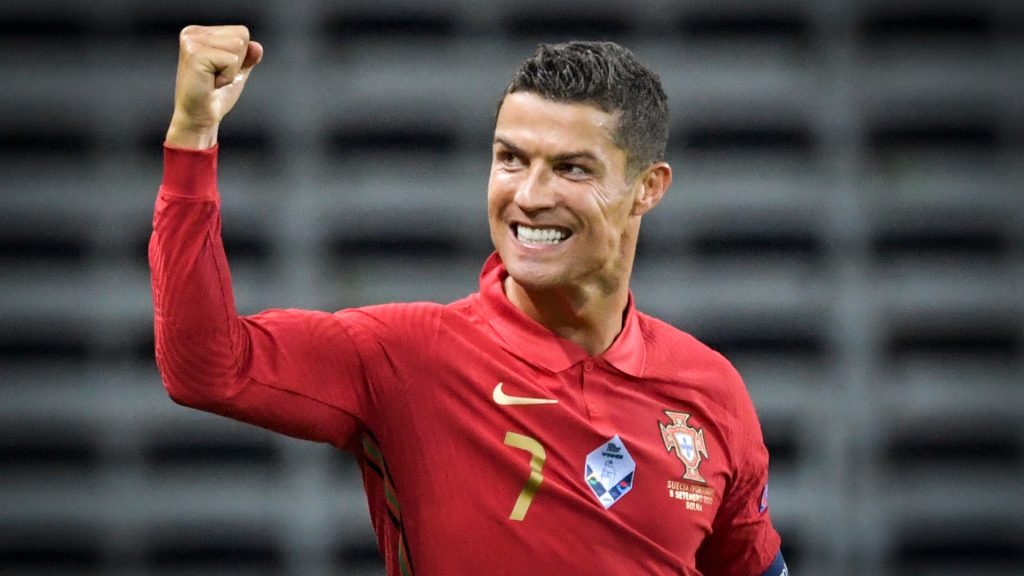 Journalist: Hi, I’m here today to ask you some questions.

Journalist: Can we start?

Journalist: Why did your parents choose this name?

Cristiano Ronaldo: They chose it for various reasons: Cristiano for my mom’s Christian faith and Ronaldo in honor of Ronald Reagan, my father’s favorite actor and president of the United States at the time.

Journalist: How many children do you have?

Journalist: Who is the firstborn?

Cristiano Ronaldo: The firstborn  is Cristiano Junior, he is 10 years old.

Journalist: How old are you?

Cristiano Ronaldo: I am 36 years old.

Journalist: What nationality are you?

Journalist: How many and which teams have you played in your career?

Journalist: Have you ever appeared in the Golden Ball ranking?

Journalist: Which team are you currently in?

Cristiano Ronaldo: I am currently in Juventus.

Journalist: what role do you have in Juventus?

Journalist:OK, the interview is over, goodbye.