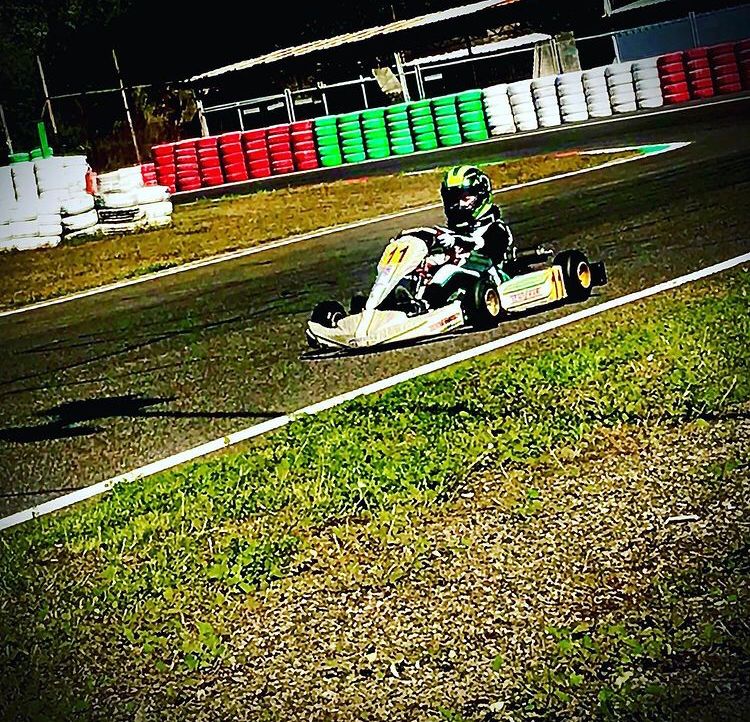 Everyone likes sport, you know, and everyone has their own preferences.

My passion is go karting: a sport that has brought me some of the most beautiful emotions in  my life. First of all, like any other sport, this must please people to be practiced and I have that (the passion for engines) since my birth. Since I was 1 year old I bought car toys and at the age of 5 I started watching Formula 1 on TV. Passion can often come after the age of 5. Children start driving karting when they are 6-7 years old. Then there are children who start even at the age of 3 and children who start when they are older. For example Nicholas Latifi, the current Formula 1 driver, started when he was 13. And Nigel Mansell, another Formula 1 driver of the 80s and 90s, started at the age of 16 and won the World Championship in 1992. So there is no precise age to start with. I started when I was eight years old, in the Messina kart track, with a friend of mine, named Francesco. For the first time, even though I lapped more than 10 seconds behind the best on the 00.53.00, I was very fast in my head. My passion increased with every lap, every turn, every meter. When I returned to boxing I was the happiest in the world. So I decided go karting was the right sport for me. The second time I went there I set a 44 time, so I had already improved by 9 seconds which is not a short time but it is actually a lot. But the Messina karts were for hire so I decided to move to the kart with 50 displacements that reach the speed of 80 km / h in the track of Santa Venera, although now I am moving to the 125 category without the gears which reaches the top speed of even 120 km / h. From that moment the rental karts were a training for me. But sometimes I did some races in Messina.

We must also remember that karting is 60% the most dangerous sport of all after mini bikes, because the accident or technical problems are around the corner. In these cases there must be experience that is practically absent at beginning, but every time you learn something new,  the experience rises. Twice I found myself on the track with the kart without brakes. The first time it was at full speed on the straight and luckily nothing serious happened. The second time, having more experience, as soon as I entered the track, I checked everything and seeing that the brakes were absent I immediately stopped at very low speed. The kart is also an uncovered car, completely uncovered with the engine a few centimeters from the boom and without suspensions and a few millimeters from the ground. Sometimes many people get injured while driving a kart but when a person has greater willpower, the risks involved do not matter.

In my short career I have done almost 20 weekends. The last race I did so far I went to Messina and I finished 3rd in December 2021. Concentration is an important fact, and perfection too. In fact, every turn you have to be sure of the trajectory and the trajectory must be as precise as possible to go fast. You have to make decisions about overtaking before the turn and you have half a second to decide. Karting may seem like a sport where you only have to accelerate, brake and steer but it also takes resistance. Indeed, to earn tenths, which are valuable, the body has to make difficult movements in the seat while driving for half an hour.

There is also friendship on and off the track. With your team or with friends in the paddock where we always talk about karting problems and where we often laugh. So the karting may seem like a simple sport, but like any other sport it isn’t.