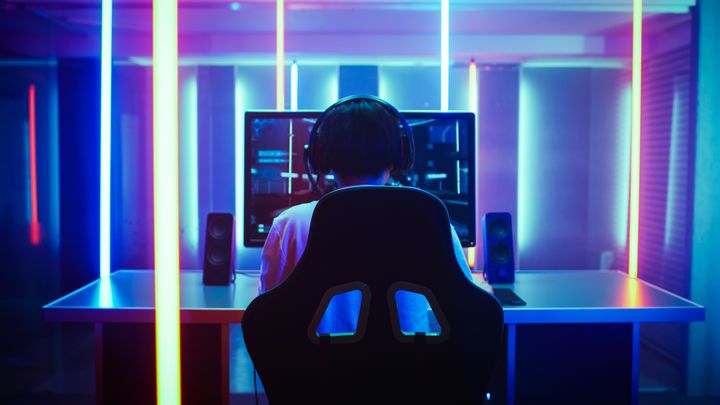 GEN Z NOW LIVES ON TWITCH: “STREAMER IS THE REAL JOB OF THE FUTURE”.

With lockdown, downloads of streaming app increase enormously.
Covid-related boom?
It caught the attention of dozens of homebound users due to the pandemic, and literally exploded during the lockdown, revolutionising the world of web entertainment. Twitch, the live streaming platform that could make even YouTube obsolete, works like this: those who have a channel do not upload edited videos, but broadcast them live. Meanwhile, in a chat room, users comment on the live show, just like a large audience gathered together. In March 2020, the number of downloads of the streaming app in Italy increased, and the number of visits stood at around 25 million. According to experts, the growth is mainly due to the condition of solitude and isolation typical of the pandemic. Since the platform allows users to comment on a live event, they can interact with each other, get to know each other, make friends. It’s like going on a date and enjoying an event together. Live interaction is something extra that television can never offer.

A new way of enjoying online content, therefore, which is appealing to many. Especially fashion brands, which for some time now have been trying to capture the new audience by “flushing them out” where they are: in front of the screen. Recently, Dior organised a fashion show on the platform, as did Burberry some time ago, the first luxury brand to try and take advantage of this communication channel. But Twitch has not only attracted fashion brands: Fedez, who attracts millions of followers, football teams such as AC Milan and after the boom of the TV series The Chess Queen, the best female players from all over the world have chosen this channel to make live broadcasts in which they show off their skills.

There are currently about 4 million Italians who visit the platform every month. The age of users varies depending on the content, but covers a range from 13 to 34 years old. Founded in 2011, Twitch has expanded by hosting content of a different nature and soon became the new home of Generation Z.

Could the “streamer” therefore be one of the most sought-after jobs in the future, alongside that of the youtuber? And how does a streamer earn money? To become a successful streamer you need to possess the art of communication: not only do you have to be passionate about a topic, but you also need to be able to communicate with the audience, hold the stage, be a real “showman”. On Twitch, interaction with the audience is immediate, you go live and immediately read the comments and reactions of the audience, which can also influence the streamer. It’s not easy to keep the audience’s concentration high while not losing your own.

The entertainment for users is free. But streamers on Twitch can still monetise their live broadcasts in three ways. The first is by asking their viewers to subscribe: users can decide to subscribe to the channel for a variable monthly sum depending on the benefits they receive (it  can be, for example, exclusive live shows or special badges). Then there is the spontaneous donation by fans, or the more classic advertising made by the streamer who decides to sponsor certain products by the brands that propose themselves. This could be the challenge of the future for the big brands: looking for a sponsor in this world capable of capturing the attention of young people in particular. The world is increasingly digital, and marketing is no different. Twitch as the job of the future? Worth a bet.