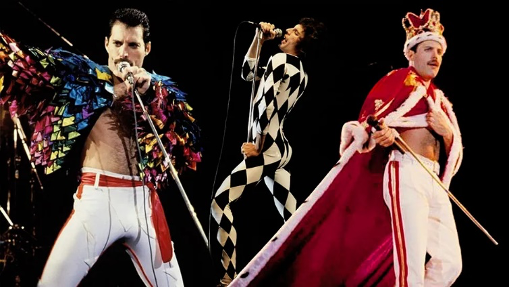 FREDDIE MERCURY, THE FRONT-MAN OF THE BAND 

“We are the champions, my friends

And we’ll keep on fighting till the end”

All the world knows who Freddie Mercury is. He is known as “The Queen” band’s singer, but we can’t forget that Freddie was above all a generous and a brave man.

Freddie’s career started in a peculiar way. He demonstrated his love for music and songs when he was just twelve years. He formed a band (The Hectics) for a school project where Freddie played the piano.

However, his career began mainly after meeting a group composed by Brian May, Roger Taylor and Tim Staffell. When Tim left the company, Freddie formed the famous band known as the Queen. From then on, he dedicated his entire life to the band.

It’s not a coincidence that Freddie chose the name “Queen”. In fact, he stated that this name expressed what they really wanted: they dreamed of becoming stars.

During his life, Freddie fell in love with a girl called Mary Austin. Their love continued until Freddie confessed he was also interested in men. But this didn’t influence their relationship, in fact they remained close friends. Mary supported her best friend in every decision and Freddie dedicated to her a great song: “Love of my life”.

Mercury wrote many beautiful songs, but the song that gave him the title of the front-man of the band was Bohemian Rapsody. There was a lot of criticism around this song, due to its duration. It was thought that Bohemian Rapsody could bore people, but this didn’t happen in fact this song is still mainstream nowadays.

Unfortunately, at the end of 1982, the band decided to take a break. Freddie considered producing a solo album and he did.

1985 was an important year for the Queen because they performed at Live Aid. Their exhibition stole the show and even the audience who enjoyed this fantastic band.

Much later, Freddie contracted AIDS, but he didn’t want people to know about it in fact he announced he was ill the day before he died. This iconographic figure died on 24th November 1991.

The Queen were attached to Montreux in Switzerland, in fact they made six albums there. Freddie said that he found peace at Montreux and, when he was ill, he went to Mountain Studios and he dedicated his life to music.

Freddie spent his last days at Montreux with his soulmate Jim Hutton. They lived in a house that today is a museum, open to visitors. At Montreux there is a statue which represents Freddie Mercury in his famous position.

He showed his love for his profession even when he was ill and this makes him a legend.