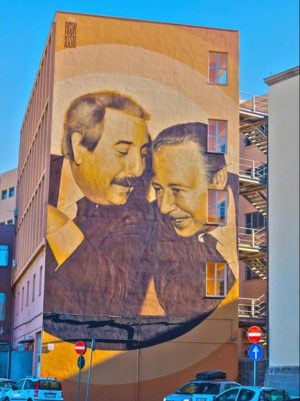 This wall is located in Palermo in the Kalsa district. The great portrait of the two companions and smiling magistrates, made by the Sicilian street artist Rosk and Loste at work with spray, paint and a crane.

It was painted on the occasion of the 25th anniversary of the massacre in Via D’Amelio, because they weren’t just simple words but something that remained forever.

Giovanni Falcone and Paolo Borsellino were the heroes of Sicily, they fought against Mafia in Italy.

He moved to Palermo and he began working at the Palermo court dealing with civil law, after a few years he accepted Rocco Chinnici’s offer and so he moved to the Office of Inquiry, and it was here that Paolo Borsellino became Falcone’s colleague.

In 1963, Borsellino took part in a competition to enter the Italian judiciary, becoming the youngest magistrate in Italy. In 1965 he was assigned to the court of Enna in the civil section. In 1967 he was appointed pretor in Mazara Del Vallo and in 1969 in Monreale. In 1975 he moved to the court of Palermo. 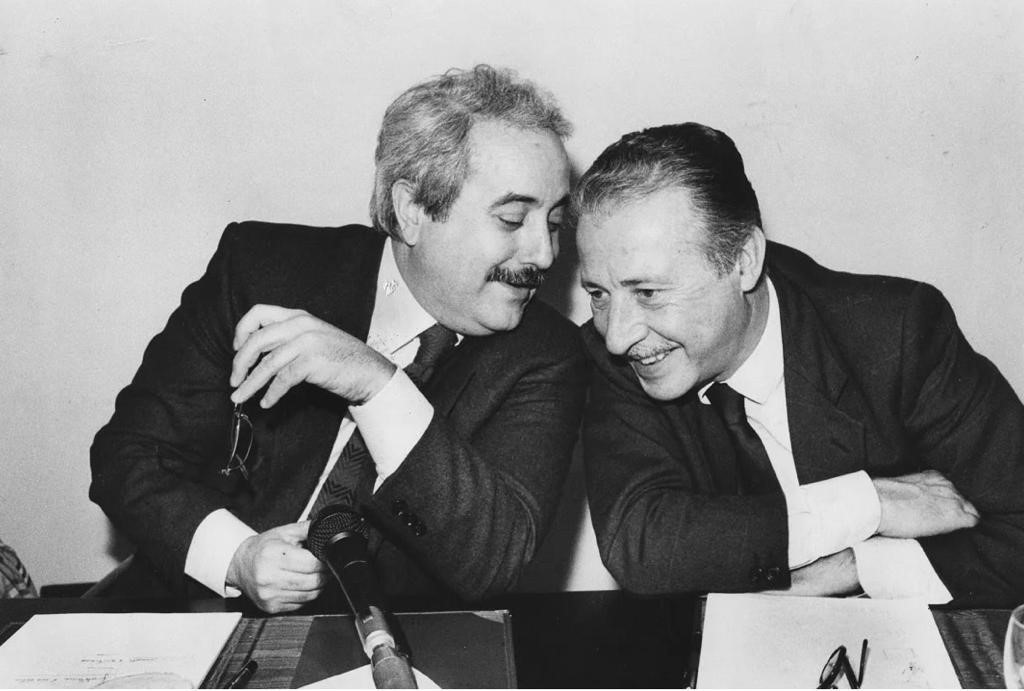 How did they meet?

They met at the age of thirteen at the Oratory during football matches, but they walked away. In 1969 Paolo Borsellino moved to Monreale where he worked near the captain of the carabinieri Emanuele Basile. Falcone moved to Palermo, where he worked at the process of Rosario Spatola, this is how the two old friends met again and began to exchange information about the investigations and worked together one accomplice of the other. 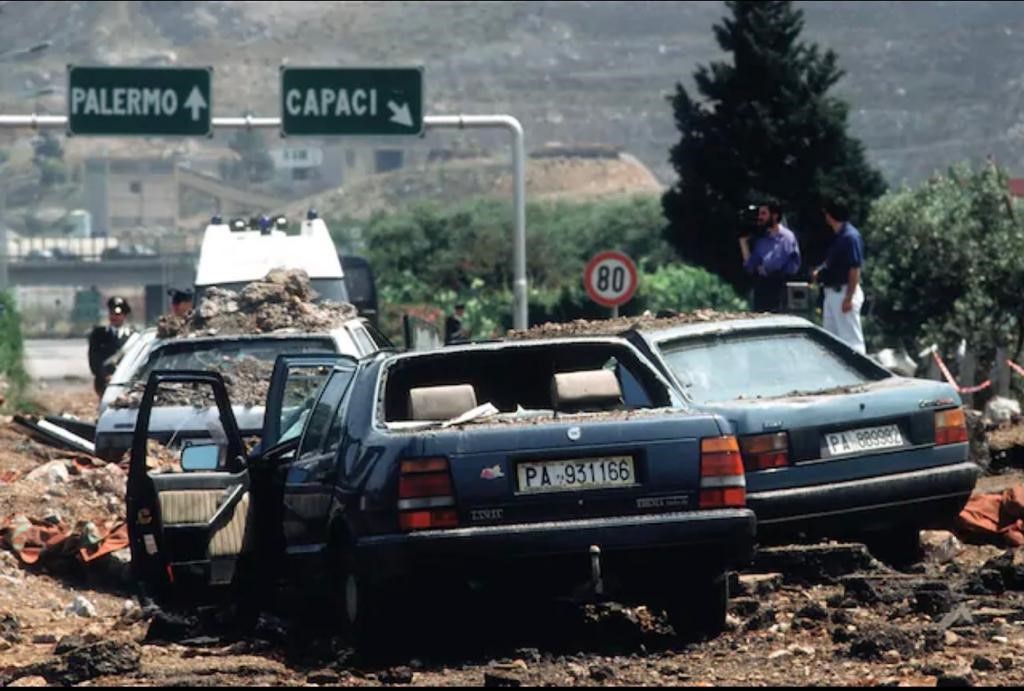 During a hot Saturday in May, at 17:56, there was an explosion on the motorway that connects Punta Raisi airport to Palermo, near the exit to Capaci: five quintals of tritol destroyed one hundred meters of asphalt and flew armored cars. Giovanni Falcone, the magistrate, the symbol of the anti-Mafia together with his wife and 3 men of his escort, died.

It’s May 23rd, 1992. Paolo Borsellino was left alone, shoked by the death of his friend. Many said that Paolo Borsellino’s death had been long planned, because Totò Riina a mobster who killed many people (including Giovanni Falcone) said that there was still a wall to climb over and it was Paolo Borsellino. On July 13th, Paolo declared: “I know the tritol has arrived for me.” He told his wife Agnese: ‘The Mafia will kill me when others decide’. On the 17th he greeted all his colleagues one by one and hug them.

On the 19th July, the magistrate Paolo Borsellino, Falcone’s companion, visited his mother in Via Mariano d’Amelio, in Palermo. At 16:58 another tremendous explosion in the middle of the city with 100 kg of tritol caused Paolo Borsellino and his five men’s death. Borsellino’s family was against the authorities, refusing state funerals and the politicians’ parade. The new President of the Republic, Oscar Luigi Scalfaro, was dragged out of the Cathedral of Palermo, with police chief Vincenzo Parisi shielding him.