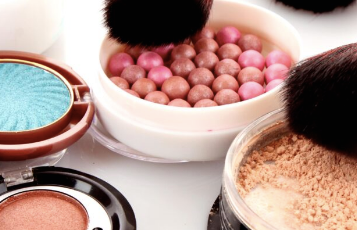 Ethics and rights: what the fashion and cosmetics sector doesn’t say.

Everybody knows that the fashion sector (fashion and cosmetics) is the second most polluting industry in the world after the oil one. The race to those who produce and sell the most, the race to profit, is achieved through an unsustainable load of exploitation of labour and animals. For example, behind all those items sold, in fact, there is a textile, clothing, and footwear sector, which employs over 75 million people around the world, of which two-thirds are women (in Italy we are talking about over 620 thousand people). It’s true, that it creates jobs, especially in developing countries, but also pressure on workers, who see their human rights, decent wages, health, and safety undermined, not to mention the environmental problems that arise from increasingly fierce global competition. The list of violations of labour rights and human rights is really long, as well as having low wages, workers have excessively long working hours and mandatory overtime, up to 16 – 20 hours a day. They are also subjected to verbal and physical abuse and young workers are sexually abused. Furthermore, working in poor working conditions they have health risks and problems, even medical care, even in the event of accidents at work, is paid by the workers, and no compensation is provided. It would be nice to ask ourselves every time we pick up a suit, or a dress, ask ourselves the question “But who really did it?”.This would mean that ethical awareness has opened up in our way of thinking and shopping, and that would be a great step forward. Precisely with this intent, for example, the International Fashion Revolution Campaign (of which Marina Spadafora is the Italian coordinator) was born, to create awareness around the world of fashion, and to restore dignity to the entire production chain basing it on an ethical basis and the Clean Clothes Campaign, whose spokesperson for Italy is Deborah Lucchetti.

As for the fashion sector relating to cosmetics, unfortunately, 80% of the countries of the world still allow animal testing of cosmetics. For this reason, the European Union has launched a challenge to the worldwide ban on animal testing on cosmetics before 2023. Member countries, on the other hand, have been obliged to use cruelty-free products since 2013. Cosmetic tests, which currently involve about 50,000 animals a year (almost 150 per day), are carried out to provide us with perfumes, powders, mascaras, lipsticks, and nail polishes. The animals most used in cosmetic product testing (83%) are mice, rats, hamsters, guinea pigs, and rabbits. When we buy a product and find the words “Not tested on animals”, “Against animal tests”, “Clinically tested”, “Dermatologically tested”, or the bunny symbol, they don’t matter, because they mostly indicate only that the finished product is not tested, but this, as we have seen, is valid for almost all companies, and is therefore not a discriminating factor. What really matters is that the individual ingredients are not tested on animals. This is not ensured by any wording or symbol. Or rather, there is a symbol that represents the Standard, the “leaping bunny” surrounded by some stars, but it is shown only on a few products adhering to the Standard. The discriminating factor for being cruelty-free is adherence to the Standard, but this is not shown on any label: it is necessary to know the list of companies that have formally adhered to the International Standard “Not tested on animals”.

So choosing what we buy can create the world we want: each of us has the power to change things for the better and to ask our favorite brands to do the same.