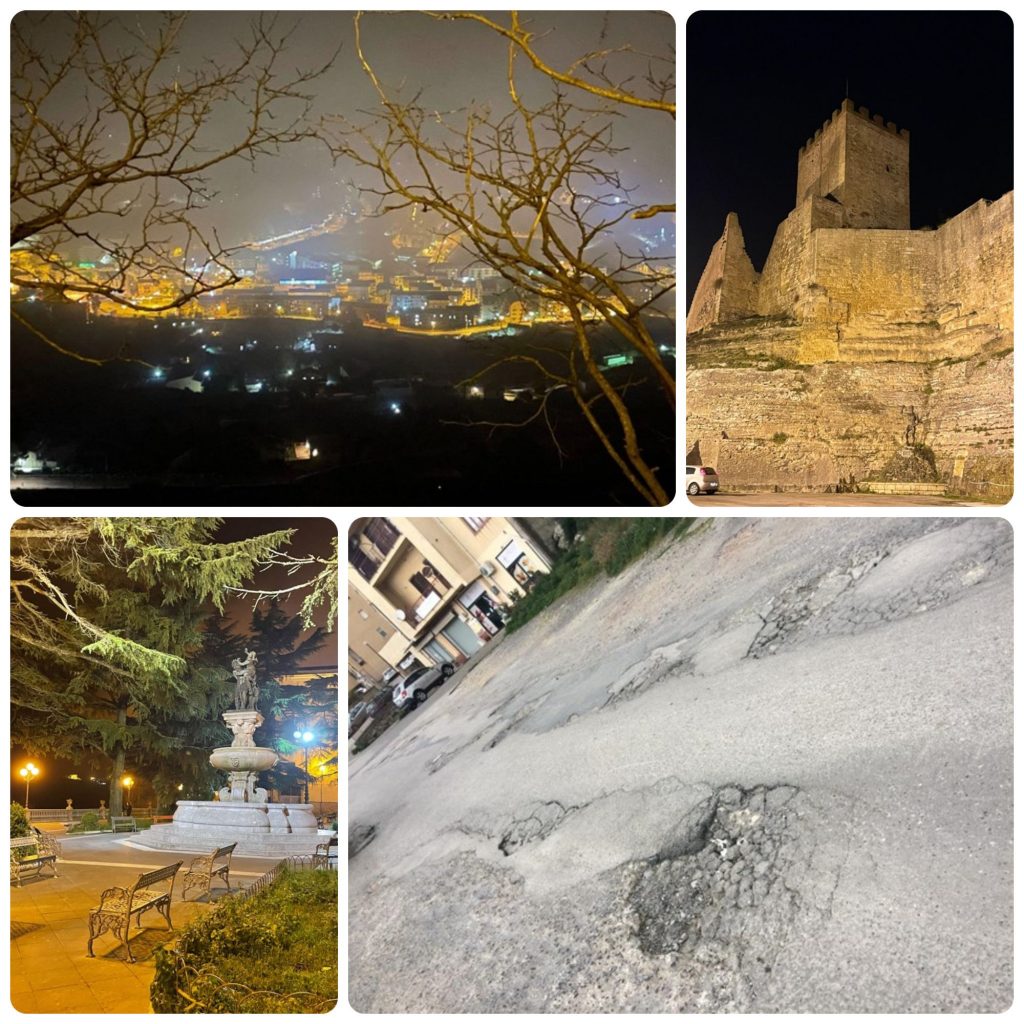 Enna is a very welcoming city in Sicily that hosts many tourists especially in the Summer. Tourists can choose to stay either in expensive hotels or in a cheaper but comfortable B&B: whatever their choice is, they will always feel at home…this is what matters!

Enna is very rich in historical sites like  the Lombardy Castle, the Tower of Federico II, the ‘Rocca di Cerere’ and the ‘Duomo’. The city offers a lot of  places to walk like the Belvedere Marconi where you can see the beautiful fountain  symbolizing the Rape of Proserpina and you can enjoy and admire  the amazing panorama of a large part of Sicily. Other ideal places for a stroll are Piazza San Francesco and Montesalvo.

In case you need it (we hope you won’t!) in Enna there is also the modern hospital ‘UMBERTO I’:outside from urban traffic, its decentralized position allows it to be easily reached, making it easier to reach for emergencies.

Something very curious to see is  the Sanctuary of Papardura: this name has Arabian origines and its meaning is connected to ‘rock’ and ‘water”. In ancient times young women used to go there to wash wool.

There is also the Museum of the Myth which is an entirely multimedia museum where the “myth” dedicated to the Goddess Kore has a leading role: have you ever heard about it? This myth also explains the four seasons!

In the province of Enna you can also see  Lake Pergusa, a lake of tectonic origins, rich in fauna with various species of ducks and birds. There are other animals, too such as porcupines, wild cats, and marsh turtles. As flora there are holm oaks, alaternus, wild pear trees, thyme and Autumn crocus, best known as meadow saffron. The lake Pergusa is also called “the Lake of Blood” because in the bottom of the lake there is red algae that colors the water and the final effect is astonishing!

Enna is a great place for events, too: in May and September there is a huge local  fair along Viale Diaz till Piazza Europa with its carousels. On 2 July we celebrate the feast of the Patron Saint of Enna: Our Lady of the Visitation. In April, the Holy Week takes place with a suggestive Good Friday procession: the male population of the city is grouped in several brotherhoods and they are all hooded! At Christmas the streets of Enna are very decorated and full of lights.

In Enna you can also have fun and hang around with friends, going to pubs, restaurants, to the Grivi Cinema or to the Garibaldi Theater. There are lots of schools,too and, what’s more, Enna hosts Kore University, which is formed by several research institutes and includes several faculties.

However, after such a sweetness, we have to swallow a bitter pill: streets.

There is a dramatic situation that penalises all the citizens of Enna: the very dangerous holes in the streets of the town. It is a real shame that neither value nor attention is paid to the streets. We usually hear and read about Germany and their good road conditions, about China where in only one week they can even manage to restore a highway and about a thousand other parts of the world where everything is kept under control for the safety of citizens, in order  to live in a comfortable way. On the contrary, in Enna the holes are ordinary: unfortunately there is no street, alley, square, garage without any holes!

If you want to  circulate on the main roads,too,  you have to skip the holes like in a slalom and it can happen that you often get into the opposite lane in order to avoid the risk of damaging your car, and this certainly involves a risk for motorists, too. Plenty of citizens usually call Enna ” Swiss cheese” because of these holes in the roads! As a matter of fact, the asphalt  is riddled and creates damage to cars in transit. The problem does not exist only for the motorists, but also for pedestrians, especially children, the elderly and the disabled ones, who also find it very difficult to get to their homes or even to get to public or emergency services.

Despite this, Enna is a precious jewel and its streets still  offer a wonderful  panorama: let’s preserve such a beautiful place and let’s make it safer for everyone!