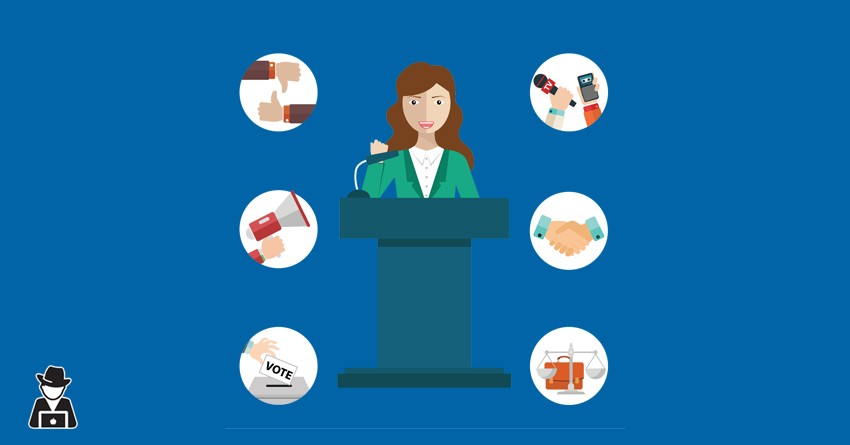 An election campaign is an organized effort that seeks to influence the decision-making progress of a specific group. In democracies, political campaigns often refer to electoral campaigns, by which representatives are chosen or referendums are decided. In modern politics, the most high-profile political campaigns are focused on general elections and candidates for head of state or head of government, often a president or prime minister. The message of the campaign contains the ideas that the candidate wants to share with the voters. It is to get those who agree with their ideas to support them when running for a political position; often consists of several talking points about policy issues. The points summarize the main ideas of the campaign and are repeated frequently in order to create a lasting impression with the voters. In many elections, the opposition party will try to get the candidate’s “off message” by bringing up policy or personal questions that are not related to the talking points. Most campaigns prefer to keep the message broad in order to attract the most potential voters. A message that is too narrow can alienate voters or slow the candidate down by explaining details. Fundraising techniques include having the candidate call or meet with large donors, sending direct mail pleas to small donors, and courting interest groups who could end up spending millions on the race if it is significant to their interests. In a modern political campaign, the campaign organization will have a coherent structure of personnel in the same manner as any business of a similar size. Today I decided to speak in particular about Giorgia Meloni’s electoral campaign, an Italian journalist and politician. She has been the leader of the national-conservative party Brothers of Italy since 2014 and the president of the European Conservatives and Reformists Party since 2020. In the 2006 general election, Meloni was elected to the Italian Chamber of Deputies; subsequently, she became the youngest-ever Vice President of the Chamber. In the same year, she started to work as a journalist.

In 2008 she was appointed Minister of Youth Policies in the fourth cabinet led by the media mogul Silvio Berlusconi, a position she held until 16 November 2011 when the former was forced to resign as the prime minister amid a financial crisis and public protests. She was the youngest-ever minister in the history of the Italian Republic.

In December 2012, Meloni, La Russa, and Crosetto founded a new political movement, Brothers of Italy (FdI), whose name comes from the words of the Italian National Anthem.

The political electoral campaign of Giorgia Meloni foresees a program of 15 fundamental points:

1.           The most impressive support plan for families and the brothers of Italy the patriot movement      birthday of the history

5.           Protection of our identity from the Islamisation process

8.           Relaunch of the National economy starting from south Italy

9.           Support of those who create employment and self-employment

11.         Fighting poverty, reform of welfare and the pension system

15.         For strong government and efficient institutions