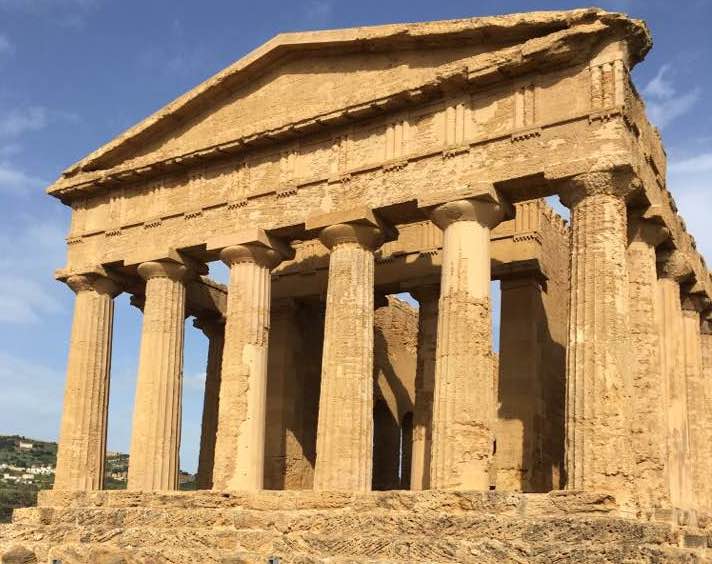 Alberto Samonà is the Regional Councillor for Cultural Heritage and Sicilian Identity, appointed by Governor Nello Musumeci in May 2020. An author and a journalist, he has made a great effort to convey the importance and value of cultural heritage in Sicily which, according to the councillor, is the most beautiful place in the world.

We would like to express our gratitude to Alberto Samonà for offering us the opportunity to interview him and for taking the time to answer our questions.

As a Regional Councillor, you have been attributed the responsibility of managing and enhancing our cultural heritage. Promoting Sicilian identity is also among your duties. Could you give us some examples of initiatives aimed at protecting the identity and the specific nature of our culture?

Since I have taken office, I have tried to strengthen the principle of Sicilian identity by enhancing all the elements that make us feel part of the same land: traditions, intangible heritage, important people that have made Sicily famous, the music that unites us, the artists that at various levels express our sense of belonging and, of course, cultural heritage which is a fundamental account of the identity and the millennia of our history. It has been a challenging and rewarding task that I have accomplished in various fields. Many projects have been undertaken. As regards the intangible heritage of our Island, I have made operational again the Registro delle Eredità Immateriali della Sicilia (REIS) Commission, which identifies cultural heritage, traditions and prominent figures that, due to their distinctive features, are worthy of being reported in the Register of Intangible Cultural Heritage in Sicily. Through the REIS we have acknowledged not only traditional festivals, typical dishes of a territory, people who preserve art and craft traditions, but also a native canine breed of Sicily such as the Cirneco dell’Etna (which has existed for 5000 years), or the Sicilian cart that represents the colorful image of Sicily in the world.

We have enhanced the Opera dei Pupi, an expression of Sicilian folk theater, by promoting events and performances. We have implemented initiatives to enhance the Carretto by creating a network of the artisans and craftsmen who even today build carts and produce the wonderful world of songs, customs and cuisine related to this extraordinary means of transport with a view to a future UNESCO listing. We have promoted the first edition of the Sicilian Identity Music Festival, a project developed by the music master from San Cataldo, Raimondo Capizzi, president and founder of the Giovane Orchestra Sicula – Sinfonica del Centro Sicilia, bearing in mind that music is the most immediate and direct form of expression. We have recovered the unpublished work of the playwright Franco Scaldati and financed the release of his complete works. We have also invested in the 14 regional archaeological parks by improving the quality of the locations and facilities; we have organized cultural events in museums and archaeological sites in order to encourage the participation of all age groups. Collaborations with universities around the world have been strengthened to resume archaeological excavations, that allow us to trace the history of Sicily and the people that inhabited it, and in 2021 about 80 archaeological excavation sites were set up on land and at sea.

Furthermore, the Rete delle Case Museo has been created to incorporate in a single network of museums the houses inhabited by Sicilian poets, writers, artists and renowned people, and the Ecomuseums have been enhanced to promote large areas of our land.

In the period marked by Covid-19 lockdown measures, what role did social media have on promoting and viewing our cultural heritage?

Social media had a major role that enabled to maintain a connection between facilities and citizens. The Archaeological Parks and the Museums used this period of lockdown to digitalize a great deal of cultural heritage and make it available through virtual tours. Thematic webinars were organized, short clips were produced, a virtual space was opened for questions from the online audience. Each facility provided itself with a Facebook page through which it was able to keep in touch and share information with its users and even now these pages continue to inform the public and maintain an active contact. Promotion and communication through social media is fundamental.

Schools are a place of human and cultural development. What strategies could be adopted to encourage the active role of students in the management and the transmission of the social value of cultural heritage in their local community?

There are already some initiatives that help discover local territories and familiarize with cultural heritage. Educational visits to archaeological parks, museums and regional libraries should be intensified and specific activities, such as guided tours and theme workshops, should be arranged with the directors.

On this matter, our museums are highly active in order to boost young people’s knowledge of the extraordinary cultural heritage in Sicily. An example is the Museo Salinas, in which the young ones are often protagonists through initiatives focused on them and promoted by them, or the Valley of the Temples where young people have an active role in the guided tours.

On several occasions, you have stated: “I have never left my hometown because I believe that our Island is a place in which to remain and not an island to escape from. If you leave Sicily, you do so to come back…”. But for many young people the only way to achieve their goals is to run away from our country, due to the lack of opportunities and meritocracy. There is no denying that the situation in Sicily is unlikely to change. What would you like to say to young Sicilians who are planning to leave the island?

That’s true. Over the decades, the politics of the narrow-minded and obtuse has done everything to let our young people, our best minds, escape. Fortunately, the relations with territories have been reconsidered lately, for example with the hinterland, in order to enable those who want to live in Sicily to do so through opportunities that did not exist before. Sicily has much to offer and our land really needs the inventiveness, enthusiasm and ambition of young people. We should not disapprove of people who leave to learn and enrich themselves with new experiences, but we must encourage the return of those who at that point can bring new ideas and additional expertise to Sicily. We must above all believe in ourselves and in our Island, so as not to throw in the towel. Today technology allows us to make ourselves known throughout the world by bringing what everyone is looking for: uniqueness, a lifestyle inspired by the sense of time, high-quality products, history, culture. Sicily has all this to offer and many opportunities to set up. Thanks to the National Recovery and Resilience Plan (PNRR), a large number of small municipalities with less than five thousand inhabitants are submitting projects to redevelop historic villages that have been abandoned or overlooked for decades. On completion of the recovery and restoration works, authentic treasures of history and culture, entire areas, historic buildings, important parts of territory that were in bad condition shall be returned to the community. This means giving new life to Sicily. It takes faith and courage; we need to invest and believe in our dreams and results will be achieved.