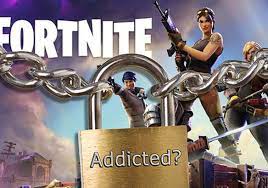 Fortnite: ever heard of it?

It is a video game that is now the most popular among teenagers and children all over the world. In fact, it is a battle for survival. 100 people  play at the same time, connected online from all over the world. Some people know each other, others don’t. When they start the game they are thrown from a plane to an island. And here they have to defend themselves. Fortnite’s goal, in fact, is to kill all the other players, remaining the only survivor. Along the way, with trials and purchases, weapons can be obtained, which can be used to make their way to victory. The game is free and works on virtually all tools, from mobile to tablet. You can invest money if you want new clothes (they also cost 15 pounds each, about 18 euros). In addition, of course, to rifles, pistols and other accessories to eliminate competitors. A nice business was born: in the first four months of the year 300 million dollars were spent on purchases on the platform.

Fortnite, the risk is not being able to stop !

The game is addicting. In less than a year, 125 million players took part in the matches. Which also involved VIPs and famous people. Footballer Antoine Griezmann, for example, striker of Atletico Madrid and the French national team, was inspired by the videogame for his exultation after a goal. A growing success, which this year will also see the organization of a specialty World Cup. The only problem is that Fortnite is addicting. As evidenced by the recent case of a 9-year-old English girl, forced to be hospitalized for a detoxifying treatment. She had gotten to the point of staying up at night – even 10 hours straight – to play. In order not to detach himself from the console, he avoided going to the bathroom and peeing on himself. But that is not all.

Also warned by the teachers, worried because the child was falling asleep in class and her school performance had collapsed, the father tried to intervene. He disconnected her internet connection. And she reacted by punching him in the face. With the same violence that his online character would have used. An extreme case, of course, but not rare. “Since January, WHO, the World Health Organization, has recognized video game addiction as a disease”, explains psychologist Luca Pozzi. “This is how it is defined when it has a negative impact on family, personal, social, study and work life for at least 12 months. The official term for this disease is “gaming disorder”. Basically, the affected person loses control when she plays. The videogame becomes the most important thing of the day, she can be  connected  for 6 hours a day”.

In my opinion this addiction is caused by various reasons : some are  related to the lack of attention of parents on their children. Many times parents don’t know what their children are doing. The use of video games also affects language. Young people use incorrect Italian by using the vocabulary of the game.