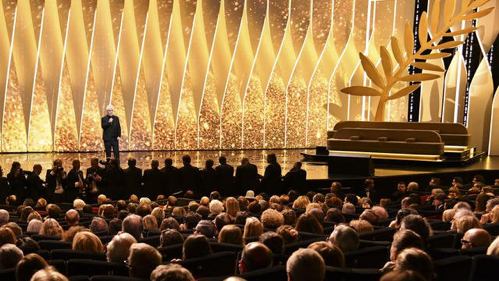 The Cannes Film Festival is one of the most important cinematic festivals. It takes place every year, in May, for a week. In 1939, a cinematic entrepeneur, Louis Lumière decided to accept the initiative of Jean Zay: he was the French Culture Minister, who wanted this festival in Cannes because he was annoyed about the nazi and fascist films of the Cinematic Festival of Venice. Last year, the 73th edition of this festival was celebrated.

The Festival has evolved over the years, but there is still the passion, the love, the enthusiasm of the actors and the directors of the cinema!

How is it composed?

The actors and the casts are photographed on the red carpet. Since the beginning, the festival is composed by an official selection and also by a Competition and a particular section, “Un Certain Regard” which was introduced by Gilles Jacob in 1978; then, there are also short film competitions, documentaries and scholastic films.

What does it reward?

It rewards the best works for the films.

In particular, it rewards:

Like I said before, the Certain Regard presents a special selection of original films which are awarded on the eve of the official award ceremony in the Theatre Debussy.

The section “Cannes Classic” presents the best films in the time in DVD or in cinemas.

The Lessons are an important innovation that were introduced in 1991. The Lessons are a meeting between an important scenographer or director and an audience formed by cinema students and critics, organized to learn more about the story of the films by the creators in person.

For me, it is very important to mention some Italian films that won in the festival, because I believe they are wonderful. In my opinion, Italian films are better than the international ones, especially:

Finally, there are some very talented Italian women that won awards in the festival: Monica Vitti, Sophia Loren and Giulietta Masini, who was Federico Fellini’s wife.

This year, due to the Covid-19 pandemic, the Cannes Film Festival will be held in July, with the hope that Covid-19 may no longer exist!