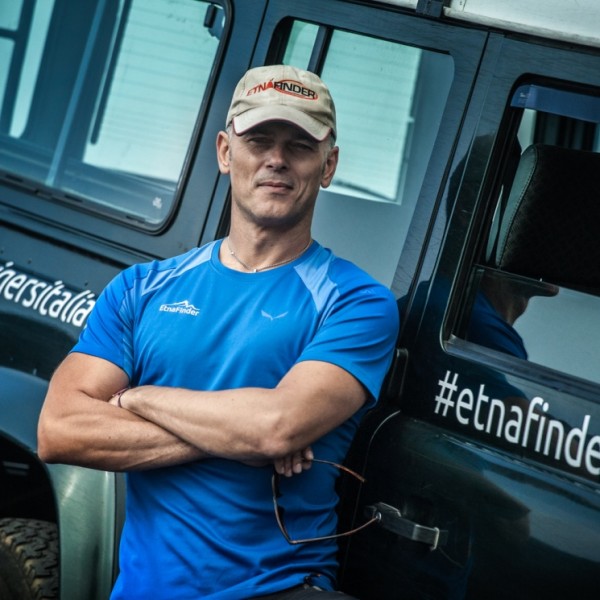 The history of Etna, the highest and most active volcano in Europe, is very long.

It is located in Sicily and was born about 500 000 thousand years ago from submarine eruptions that also formed the plain of Catania, moreover, it exceeds 3.300 meters in altitude. Its numerous eruptions have significantly changed the territory and often posed a threat to the population. On 21 June 2013, Etna was included by Unesco in the list of assets constituting the World Heritage Site. In 1669 there was an eruption of Etna which, starting on 8 March and ending on 15 July, destroyed numerous villages until it stopped on the sea. Etna has four craters which are: Voragine, Bocca Nuova, Northeast Crater, Southeast Crater.

We were on a school trip with our class, climbing Mount Etna when on the way we met a specialized naturalistic guide. His name is Lorenzo Motta and he was very nice to us so we asked him a few questions to find out more about the wonderful Etna.

What does it feel like to climb the main crater?

Human beings always like to reach the top and a volcano isn’t an excepcion. So it’s a great satisfaction and moreover you can feel how IT is a real thing, vivid in front of you while gushing.

Could Etna ever be an extinct volcano?

Yes, it could be possible, because volcano like humans and animals have a life, they are born and when they finish their activity, they die. And when they die, we call them extinct volcanoes. There is a possibility that it will happen, but at least 15,000 years must pass before this.

When you think of Etna what comes to your mind?

When I think of Etna I feel in the right balance because everything goes in the right way: I can feel free but enjoy the beauty of Nature at the same time.

What caused the earthquake?

Earthquakes are a very complicated natural phenomenon that is caused by the collision of tectonic plates that when they hit cause this phenomenon that is often very destructive and sometimes even fatal. But there isn’t a real connection between eruptions and earthquakes.

How many years can lava flow last?

A lava flow can last from a few months to more than twenty years, but it is not too dangerous because being very slow it is quite easy to avoid it or make it deviate from its path.

Describe your work in one sentence

My work is simply PASSION, it isn’t easy but I like to see nature every day, to live in it and if they asked me to do another job I would not accept it for any reason.

Have you ever accompanied famous people? Who?

I have met many VIPs. Some of these are Sarah Jessica Parker, Matthew Broderick, the Prince of Qatar, Kate Moss and many others.