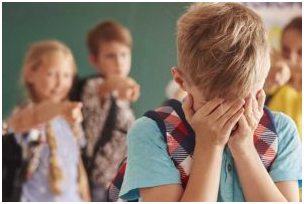 Bullying and types of bullying

With the term bullying we define a repetitive aggressive behavior towards those who are unable to defend themselves.  Usually, the roles of bullying are well defined: one side is the bully, the one who carries the violent behavior physically and / or psychologically, and the other side of the victim, who instead is subjected to such attitudes.  The psychological and social exclusion of suffering are often experienced by children, without choosing it, find themselves play the role of the victim undergoing repeated humiliations from those who do perform the role of bully.

The main characteristics that define an episode labeled “bullying” is the intentionality of aggressive behavior acted, the systematic nature of aggressive actions to become persecutory (not just an episode of bullying) and the asymmetry of power between victim and persecutor. Bullying is not something new: on the contrary, it is a phenomenon that has always existed among adolescents, although the latest trends they see the average age of the people involved in bullying fall more and more. The first episodes occur in middle school, even though the germ of violence against peers begins to settle in elementary school: these are the reasons why preventing bullying in primary schools is absolutely fundamental.

It is manifested by striking or injuring someone, however, causing physical damage and physical pain.  It also manifests itself when it threatens, intimidates, robs a person of his personal effects.  In general, when it comes to violence in the physical sphere of someone.

It occurs constantly excluding a person from the social life of the group, or sharing information or images undermining his dignity

It is the most recent type of bullying, which 22% of children who have been bullied have experienced, according to Istat.  It is basically bullying on the web, and involves all the acts described above being made public on the net, seriously damaging a person’s self-esteem.

Bullying can then be direct or indirect: We talk about direct bullying when the acts are directed to the victim in person. Indirect bullying is when the victim is discriminated against in a roundabout way, for example by putting rumors around, making public personal information, giving rise to gossip about her.

A victim of bullying can live a long time with a sense of distrust in social relationships and low self-esteem.  She may fear others, withdraw into herself, either from lack of confidence or fear of being bullied again in the future.  The psychological harms of bullying are often more prolonged, noticeable and persistent than the physical ones. A victim of bullying can also follow another path: that of becoming a bully in turn, by replicating “winning” attitudes in order to shift attention from oneself.