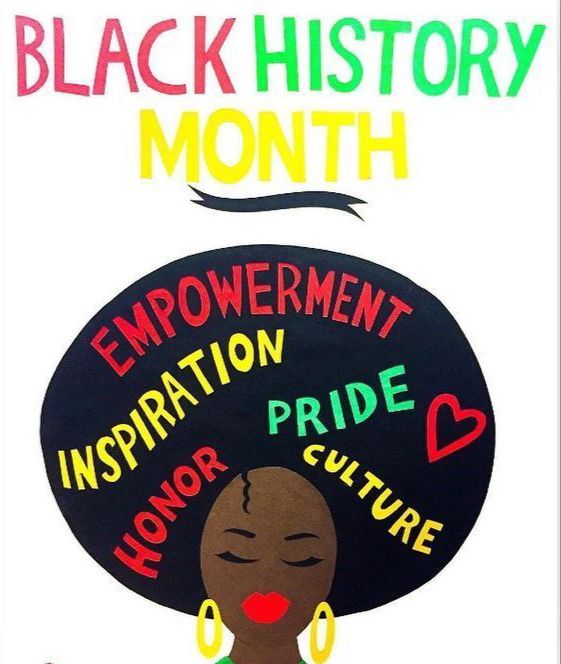 February is a special month, it is”Black history month”.

We must know that their history is not lost, but was “stolen”

We know about slave trades, violent colonization, racial segregation, systemic racism and discrimination that until nowadays continuing to happen.

We must know about important people in black history, people who hardly fought, sometimes losing their lives or going to jail, in order to fight for freedom, for the rights of black people.

“Negro history week” was created in 1926, because no one studied black history, and it wasn’t included in textbooks.

Now we have the duty to celebrate” Black history month”, and as I said we should take this occasion to learn something new about black history and black culture, but we must do this all year long.

2020 was a crucial year in the fight for black rights, but it is not over yet.

We must continue to fight, because” nobody’s free until everybody’s free”, as Frannie Lou Hamer said.

We must learn, read, hear black history from black people, not always accepting  the “white side” of the history, be aware, spread awareness, be anti-racist, because it’s not”their problem”, it’s our problem,  a problem of our society and only through awareness and knowledge we can fight ignorance and racism!

Black culture was destroyed during the slave- decades and this ideology of considering black culture as inferior and not important is the base of many stereotypes that still today affect our society.

I would like to deal with the theme of the importance of “black hair”, something that is not taken seriously and sometimes seen as discriminatory.

Black hair is not just hair.

Black hair  has an important history in black culture.

Slave would braid “a map for freedom” in their hair, escape routes, this was a way of communicating between them without their slave owners knowing it.

Enslaved mothers, for example, would braid seeds in their children’s hair so that they could eat it in case they were separated.

So hair was a means of survival and of course a cultural representation.

When the slave trade began, black woman were forced to shave their  hair.

This was part of a process of eradicating the black identity and culture .

In the 18th century in Louisiana Black woman were banned from wearing their hair in public because they wanted to contain the growing influence of the free Black people and also because it was believed that Black women’s hair style would draw the attention of white man.

So, black hair is more than just hair.

They have often been described as “wild” and “ghetto” but nowadays black hairstyle has became also part of our culture, because of this we can speak of cultural appropriation.

But cultural appropriation is about knowing and recognizing history.

There are so many things that we do not know about black history so this month ,we must listen to black people!