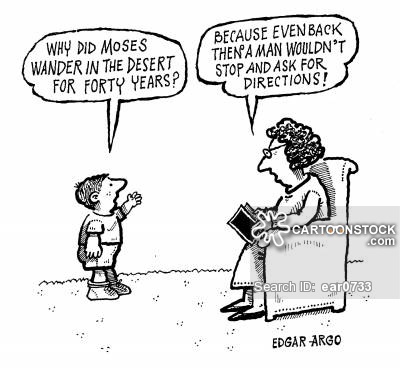 This famous rumor inspired the blockbuster title by Allan and Barbara Paese. Let’s focus for a moment on the following sentence: “women don’t know how to read maps and men never stop to ask for directions”, we are moving towards the gender stereotype. Stereotypes are mental schemes for interpreting reality by categories. Here, we see the stereotype that woman is less intelligent than man and that she is entitled to housework and non-school or work duties. Man, instead, does not trust the female opinion and he should never look confused or weak. Here a list of stereotypes that we have all heard at least once in our life: 1. Men do not cry, 2. Women have to look after their children, 3. the career is up to men, 4. the make-up is for women, 5. girls have to play with dolls and not with cars, 6. virile men do not shave, 7. pink is a feminine color 8.sexuality and lust are not suitable to women while in men it is a source of pride.

Have these stereotypes also spread on television?

Television is a vehicle for culture and an important mean of socialization, especially for the new generations undergoing mental and physical growth. Therefore, it can contribute to reinforcing religious, physical and sexual inequalities or breaking them down once and for all.

To talk about the present, we must understand the past. Some studies about how women impact on television showed how they had less visibility compared to men on TV. Men had the knowledge of culture and life whereas women had to focus on gossip or body care. In the eighties and nineties some researches, however, neglected female stereotypes in order to overcome them in a theoretical approach focused on the enhancement of women, in a perspective aimed at the contents of the media that enhance the female universe for its specificities such as family, motherhood, romantic or love relationships, solidarity and complicity, the sharing of a “pink” imaginary. According to them, these are the excellences of the strong female figures.

Nowadays, television journalism is experiencing a period of strong feminization: female journalists as authors, reporters or correspondents reach percentages of visibility around 50%. From an in-depth reading of the surveys carried out in recent years on the representation of women in information programs, it is possible to infer that the visibility (or invisibility) of women in information programs can be traced back to some types of factors:

1) women are benefited by the centrality that is given in the news to the news on crime and violence. This type of visibility has both positive and negative aspects. It serves to denounce phenomena of male violence and oppression, meanwhile it displays its drawbacks: it risks perpetuating the image of woman as a weak, defenseless, in need of protection creature, especially because of it vehicles only the image of “victims” who have experience violence and whom you can only pity, nothing more.

3) Finally, women are benefited by information relating to the world of entertainment, focused on the relevance of aesthetics and, in particular, of the bodies exhibited, which, however, often misguide about the complexity of the female world. If the television information has partly favored women’s access to news, it true that they tend to choose to show the exhibition of the bodies for entertainment where women, in fact, appear much more numerous.

Moreover, women are consulted for the discussion of soft or traditionally female issues: fashion, gossip or issues of gender, parenting, education, care. While men are hosted as experts or opinion leaders in the fields of economics, politics, international relations: thematic areas which, by cultural tradition, in Italy, but also in many other countries of the world, enjoy a higher position in the hierarchical scale of priority of a country. In this way, television helps to consolidate the stereotype that woman is naturally suited for the family, for the care of children, householding while subjects such as entertainment, art, cinema, culture remain a male prerogative. Even women who hold important public positions, such as ministers or parliamentarians, are often subjected to private, personal questions, unlike men.

I hope that, one day, women will be separated from the patterns in which they have been circumscribed up to now and that they would be spokepeople in areas different from stereotypes. I wish woman would no longer be seen as the object-woman that is one who can be used, handle to sell or buy and she would do everything a man does. My generation and the future one should unite as it is already doing to break down these patterns. For this reason, we should encourage contacts between different groups, improve the knowledge in order to reduce prejudices and ignorance and work on their need to be willing to reconsider their beliefs thanks to education.