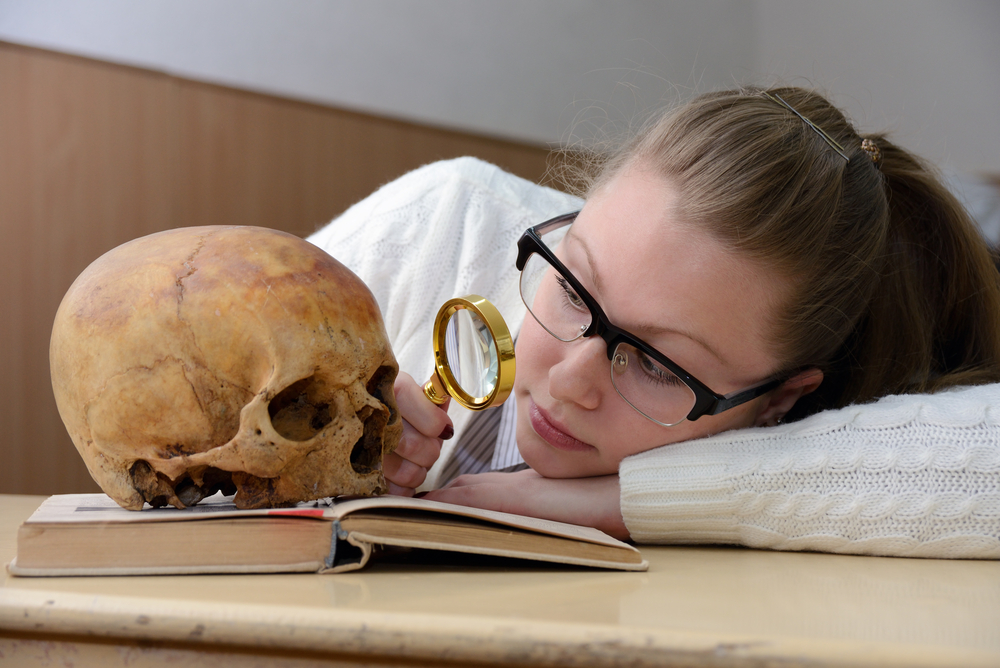 ANTHROPOLOGY IN OUR PRESENT-DAY SOCIETY.

Gian Mauro Sales Pandolfini is an anthropologist, he deals with Sicilian and classical folk beliefs, pertaining to the magic and ritual world, and with phenomena related to spiritism in the 19th and 20th centuries. He has contributed to the unveiling of the essays, the literary and photographic works, concerning occultism, of the Sicilian writer Luigi Capuana. A freelance editor, dedicated to contemporary art, he is a logistic collaborator for the Feruss Web Gallery and also a collaborator of the art critic and historian Vittorio Sgarbi.

In the academic world, Anthropology is divided into different branches. What are the fields you deal with, and why did you choose the “the study of man” as a profession?

Anthropology is a discipline which developed during the colonial expansion in the 19th century to support the conquest of the lands occupied by the so-called “savage” and “primitive men” (an unacceptable and disrespectful definition!), endorsed by the policies of the time, that considered these populations as uncivilized, prelogical, stupid, prehuman and ignorant in order to help them make progress… Over time, cultural anthropology – which is what we are talking about – has become the philosophy of man, the study of our traditions but also of our societies, our ways of thinking and creating culture. Along with cultural anthropology, other branches have developed such as social anthropology, anthropology of religions, semiotics and physical anthropology.

There are some prominent figures of anthropological theories, such as the structural anthropologist Lévi-Strauss, who claims that all men, regardless of their obvious differences, behave in the same way because they are driven by common “structures”, immanent, profound and unconscious… An image that brings me back to Plato’s world of ideas.  Every single one of us is a universe of wonders that are worth knowing, these wonders create other wonders, from art to a beautiful photo on Instagram. But everything we do always has a meaning and that is what I want to understand.

I never judge anyone or anything. Not even evil. I believe that people, who harm intentionally, do it because they are unhappy and desire the misfortune of others. It is within human nature to fear the happiness of others, to long for it, to envy it. It is against human nature to destroy it, this is more pathological. I have searched and I search for the meaning in everything, even in the things that may appear to be the most senseless, such as popular magic and spiritism, which are my fields of investigation.

What path is to be followed in order to pursue a career in Anthropology?

Leave the country. In the past, Italy was a leading country of art and culture but today this is no longer true. If you decide to stay, it won’t be easy to be an anthropologist here. I also do other things for a living because I haven’t followed the shielded academic career.

An anthropologist is considered “a travelling philosopher”. Could you explain the meaning of this expression?

You travel with your mind and with your body. Herman Melville, the American author of Moby Dick, said he had “sailed through oceans and libraries”. The anthropologist has the duty to reflect while travelling through places and examining documentation, whether written or oral. When we think, actually we are all “philosophical”. To think is to discover and to discover is to love. Either you love what you know, because you feel that it enriches yourself, or you love yourself more because perhaps you don’t like what you have learned and you don’t relate to it: but, in the end, it is always a matter of love and comprehension. That is why philosophy is ‘love for knowledge’. Then there are theories that each of us develop for the things we observe and we try to give them a meaning as usual.

On your “anthropological journeys”, what instruments do you use to observe the present and the past?

My eyes and my patience. I observe and I listen, activities which apparently are the easiest but yet very difficult to do. I’m not very diplomatic and this has saved me but condemned me at the same time. I’ve got a lot of nerve and sometimes I terrify people because I have no filter when I speak. I never make judgments and I always question myself (coherence is so boring!). Nothing upsets me and I feel at ease with everyone except with fools, that are dangerously increasing in the world today. It is not me who considers them as fools; they simply exist. They are all those who think that a thousand books and and a university degree are more important than life itself.

I’ve always said that it is pointless to learn an encyclopedia by heart if you don’t comprehend its contents and meaning, if you don’t know how to live in the world, if you are snobbish or if you understand the lesson of the day without realizing that the English language will offer you many opportunities, not only for your career but also for the relationships you will have around the world. Books and people have the same educational power: they must be read, understood and above all experienced. Learning helps you to grow up and make sense of things and not just to flaunt your knowledge.

What is the point in studying folk beliefs and traditional magic practices in the 21st century?

Because they are a valid example of how the world can benefit from precious resources, that have every right to exist and to be experienced by revealing a different way of thinking.

I’ll give you an example. Sicilian folk traditions speak about witches and ghosts as well. Here, in Sicily, witches are also called “donni di fora”. Now, these donni (also called Bedde Signure, ‘ncanti, fate, patruneddi di casa and that are actually men, although in lesser quantity) are not only the souls of people who died in violent circumstances without completing their life cycle, but also beings sent by a witch or a sorcerer to attack a victim with a magic spell.

Often, in Sicily but also in Central European or Balkan cultures like in the ancient Greek world, for example, these spiritual entities have to do with the world of childhood, with children, practicing the so-called “changeling”, the switching of a child at birth with another child. Even Pirandello speaks about this in his short story, Il figlio cambiato.

We are dealing with a strategy of an alternative living, which proposes magic when something destabilizing occurs, something that disrupts the balance or cannot be controlled and understood. For instance, if a child with a disability is born in a community (which usually features disadvantaged conditions), the mother will somehow feel ashamed because other people will regard her child as a burden, both economic and social, as something unfamiliar and incomprehensible.

This is when magic provides an alternative interpretation of reality, annulling the exception, freeing the mother from responsibility and generating acceptance: it is not the real child of the mother; the donni, perhaps envious of not being able to have a child during their lifetime or having given birth to a sickly baby, have come to switch her healthy child with one of their “unearthly” creatures, and if the mother and the entire community does not take care of it, the real child, abducted and taken to the underworld, will be made unhappy.

In this manner everyone accepts the disabled child, actually they consider him supernatural (because he is the son of the donni), worthy of love and greater attention. Magic has thus restored the lost order and everything makes sense again.

What role does the study of Anthropology play in our present-day society?

Anthropology needs all branches of knowledge to fulfill its objectives, to comprehend, to understand and offer insights and measures. There is an Indian economist who I am particularly fond of, his name is Amartya Sen. Sen says, for example, that globalization itself wouldn’t be bad if experienced as a beneficial journey of ideas instead of a humiliating homologation of those dominant models which tend to destroy whatever they cannot control and determine. But Sen also says that each one of us is a set of many identities: at mealtime I may be omnivorous; when I pray, I may be Christian; and when I go to work, I may be an anthropologist, a laborer, a doctor or a plumber. Everyone must be free to be who they are. Every free choice must be defended and protected, with due regard for common civil ethics.

But, as I said before, my dear friends, the idea of anthropology as well as the enlightened economy of this Indian man are useless if before all we do not learn how to live, to be curious about others, also about our classmate who, I can assure you, is an ulterior world of things that you cannot even imagine. Far from any rhetoric, people are often too engaged in judging others, thus missing a lot of things in life. And many times, life flashes before them and they do not even realize it.

We would like to express our gratitude to Gian Mauro Sales Pandolfini for offering us the opportunity to interview him and for taking the time to answer our questions.

The evolution of journalism 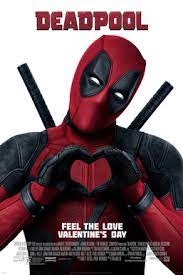 I would like to talk to you about my favourite movie, Deadpool.  This is the plot: Wade Wilson is a former Special Forces member turned 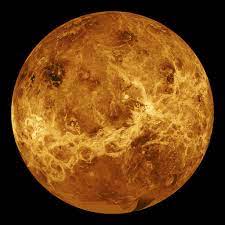 At school: talking about Venus

Teacher: Giulia, what can you say about Venus? Giulia: it is classified as terrestrial planet. Venus   is the brightest natural object in the night sky 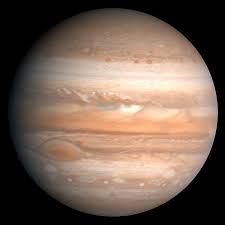 At school: talking about Jupiter

Teacher: Good morning, students! Have you studied today! M.: Yes, teacher! Teacher: ok, let’s start with the questions:  Which planet has the composition similar to