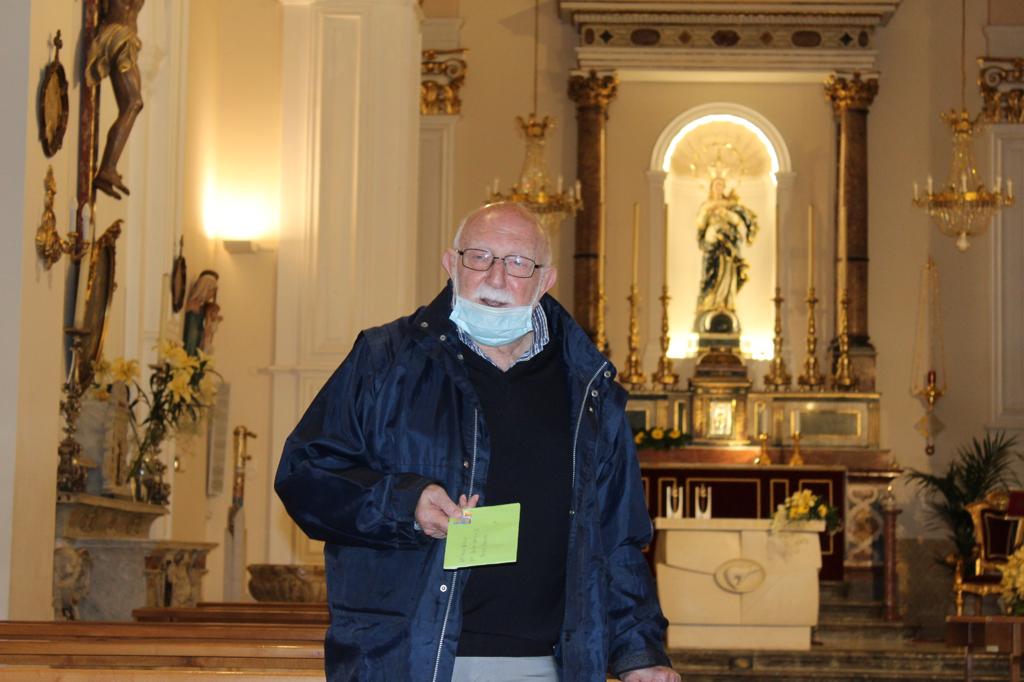 AN INTERVIEW WITH GAETANO BASILE

“By interviewing Gaetano Basile we understand past and present”

Gaetano Basile writer, journalist, famous historian of Palermo is a straight-forward man.  Meeting him is like being in another place.  The stories he tells transport from one place to another, without having the time and a little courage – to curb his irrepressible desire to tell, which does not stop even during the group photo.

Fables, curiosities, legends: those told by Basile are stories, all incredibly fascinating, almost as much as those in the book of “The Thousand and One Nights”.

With the students of “Don Calogero Di Vincenti” in Bisacquino, an institute to which I belong, we met him in one of the many appointments foreseen by the journalistic project that we have been following since October with professors Mariella Di Giorgio, Mimma Madonia and together with them the journalist Margherita Ingoglia.  After having been guests in the editorial office of Palermo Today and having met the editors and editor of the online newspaper, we had the pleasure of meeting Gaetano Basile.

The meeting with the writer took place in the “Gesù, Giuseppe and Maria” church near the famous “Renzo Barbera” stadium.  We immediately wondered why he wanted to meet us in a church to give the interview.  The answer was not long in coming: he knew that some of us are from Corleone and for this reason he wanted to tell us that the historic church, with two clocks and four bells, has an entrance door, created by a Corleonese artist, of whom however, he does not reveal the name.  He welcomes us inside and like a sailor takes us to sail on the waters of the culture of our country, starting from the street, of the church.  He reveals some links between the Sicilian words that we still use with the Arabic language today;  he tells anecdotes about curious words such as that of the word ‘pitinchiuni’ born by chance, during a move that Basile witnesses.  «Pitinchiuni, a useless, bulky object – says the writer -.  Words are born by chance and mostly on the street ».  And again: “If you want to travel, choose unusual places that are often little known, where a book can be born from a discussion over a coffee with a stranger.”

Furthermore, as a careful observer and good journalist, such as Basile, he wastes no time in pointing out that on the website of the municipality of Bisacquino there would be an error on the Arabic etymology of the name of the Palermo city.  What does Bisacquino mean?  From the Latin “bis-aqua” (very watery) or the Arabic “buieckin” (father of the knife)?

It does not leave us time to reflect which already leads us to another part, where?  : in the pastry shop.  From the linguistic question to the culinary question, it was a moment.  Thus, in the middle of a garden, the internal one that houses the church, with an ecclesiastical function that has just begun and the bells tolling at seventeen, Gaetano Basile tells us the gastronomic and even somewhat secret history of ancient Sicilian cuisine.  From ‘minne di Virgini’, to cucchitelli, to cudduruna: «the ancient Sicilian sweets – says the historian – all take their cue from the physicality of women.

Virgini’s minnes have sinuous breasts, and the cucchitelli originally from the city of Sciacca, on the other hand, have undergone a change in shape at the behest of a mayor who said, they recalled a very intimate part of the woman ».

Between a story, a curiosity and a laugh, talking to Basile means taking a journey through time.

A cultured man who seems to know everything.  Attention, as I have well said, it seems, because to our question about the etymology of the words’ ntidda – typical Corleonese which means pretty – and of the nickname chianta sarde, he too seems to raise the white flag.  But he promises us to investigate the question, which at the moment, however, still remains a mystery for everyone.