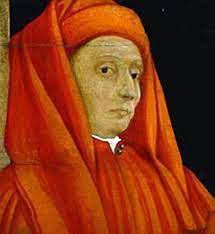 AN IMPOSSIBLE DIALOGUE BETWEEN GIOTTO AND PICASSO.

Picasso: Last Summer I went to Assisi  ..when I was walking inside the Basilica of San Francesco I closed my eyes and I imagined to speak with the great artist who made the frescos , Giotto di Bondone.

Picasso: Giotto, how are you?

Giotto: I’m fine, thanks and you? Who are you?

Picasso: I’m Pablo Picasso, I live in the XX century. I’m admiring your frescos, Giotto , I know you, I’ve studied your art. I’m very proud to speak with you.

Giotto: thank you, are you an artist too?

Picasso : oh, yes, I’m a Spanish painter, sculptor and I’m considered one of the best protagonists of my century. I’m the founder of cubism.

Giotto : cubism? What is it?

Picasso: it’s not easy to explain… Imagine that when I painted les demoiselles d’Avignon I caused scandal , I was misunderstood and no one could understand the meaning of my paintings .

Picasso: yes, sure. I’ ve made an innovative painting because the shapes and volumes of my paintings are broken down and figures are built according to the criterium of simultaneous vision from several sides , ignoring any anatomical law.

Picasso: I thank you because you have taught me the dematerialization of the image and you were a revolutionary artist at that time, like me,   because you opened your paintings to the third dimension, that is depth. I like the expressiveness of feelings and moods and the plasticity of your figures. Your paintings are so natural and real and the space you have inserted is so natural.! You know, you  have become very famous too!

Giotto: Really? thanks, I would like to see your paintings, Pablo …

Picasso: I’ve lived in a period marked by a tragic event , that was world war II, where million of people died . I’ve  represented this tragedy in my masterpiece , Guernica … have a look!

Pablo: I opened my eyes , because an assistant of the church called me and told me to go out because it was  closing time!