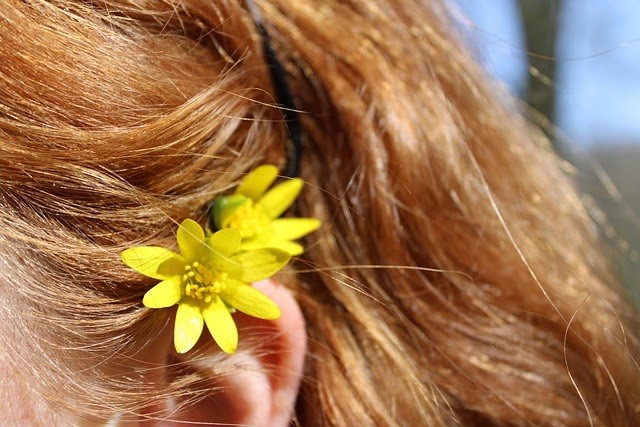 AN IMAGINARY INTERVIEW WITH ANNE OF GREEN GABLES.

Anne Shirley is an orphan adopted by Matthew and Marilla Cuthbert, the 60-year-old owners of the Green Gables farm in Avonlea, on Prince Edward Island. Today I’m here to talk to her.

Journalist: Why do you want to be called Anna and not Anne? What’s the difference?

Anna: Oh, there’s a huge difference! Anna is cuter. When you hear a name spoken, don’t you imagine it in your mind as if it was written? It happens to me. While A-N-N-E looks horrible, A-N-N-A is much more refined. I actually wanted to be called Cordelia. It’s a much more romantic name, don’t you think? It is also more elegant and noble. For the past few years, I’ve always figured it was my name.

Anna: It’s wonderful. The farm is great! The garden, the orchards, the stream, the woods … The cherry tree outside my attic is beautiful, radiant, convinced of what it’s doing! In spring it is so full of flowers! Do you know how I called it? The Snow Queen. And before you ask me (as Marilla did) of course it makes sense to name the plants! I like to make friends with things, it makes them similar to people. In my opinion, the sensitivity of a plant is offended if you simply call it “cherry”. It’s as if you were just called “girl”. You wouldn’t be happy, would you?

Journalist: Yeah, I don’t think I’d be happy. But by the way, how is it going with Matthew and Marilla?

Anna: It’s great. I think Matthew is really nice and also very understanding. On our carriage ride, when he picked me up to take me to Green Gables, he didn’t mind me chatting all the way. I understood at first sight that we are “kindred spirits”. Marilla, on the other hand, says that good girls don’t talk all the time, but even if I try to be silent, sometimes I just can’t shut up. Marilla is kind, but she is very different from Matthew. I try to do what she wants and to do well the tasks she assigns me, but generally I start imagining great stories to make work less boring and this causes trouble.

Journalist: Would you like to tell us about a problem you caused?

Anna: Oh, if you really want me to … I’ve been involved in lots of trouble. However, as I pointed out to Marilla, the mistakes I make are only made once. This is consoling, right? I remember the time when I charred the flan, because while it was in the oven I started imagining that I was a princess imprisoned by a spell in a lonely tower and a knight with a steed as black as coal was coming to my rescue. And there was also that time when instead of vanilla essence I put migraine liniment in the cake for the shepherd’s wife. I am a real disaster with hopelessly red braids.

Journalist: Did you know that in Italy your story is called Anna with red hair? Do you like Anne of Green Gables more?

Anna: This is a despicable act! It’s like reminding someone that they have protruding ears or one foot longer than the other! Plus, I discovered that it is not even true that I have red hair! I found out recently, it’s an auburn color. Couldn’t they change the title? But unfortunately many people believe that I have red hair. Even that individual whose name I do not pronounce believed it. I don’t know if breaking my tablet on his head was enough, so I decided not to talk to him anymore. Do you think it is an adequate punishment? [Journalist’s note: Anna refers to her classmate Gilbert Blythe, who called her “Carrots”].

Journalist: Yes, I think it is more than enough punishment. Thank you for answering these questions, Anna. You are a very imaginative girl of good will. I think we should follow your example. Good luck!