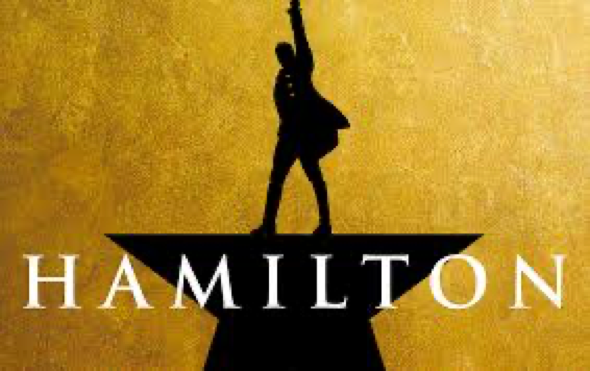 Alexander Hamilton is a Broadway musical, written and directed by Lin-Manuel Miranda. The most particular thing about this musical is that it isn’t just a simple musical, it’s much more.

It talks about the American revolution, usually called The war of Independence, from the point of view of Alexander Hamilton, but it doesn’t just talk about him, it talks about many stories.

It talks about the man who was the “enemy” of Alexander Aaron Burr, of his wife and her sister Angelica and Eliza Schuyler, son of Hamilton, Philip Hamilton, George Washington, Lafayette, Thomas Jefferson, John Laurens, Hercules Mullingan, King George III and Maria Reynolds.

Every character is very important for the story, everyone is connected to Alexander and explains why he did something, why he’s doing something, for example, Aaron Burr always asks himself why Alexander worked that much, why everyone was so amused by him.

The musical has 46 songs in total, the first one talks about Alexander’s past until he’s 19, finally in New York City.  Then “Aaron Burr, sir” starts to play, where our main character meets his best friends and allies: John Laurence, Lafayette, Hercules Mulligan and, of course, Aaron Burr.

I don’t want to spoil the whole musical, so I’ll try not to talk too much about the rest of the story. This musical is a whole world itself, it has a very big fandom behind itself and it explains history using rap music, someone would say it’s crazy, and it is actually that crazy to be a success.

If someone wants to see the whole musical, it’s streaming on Disney+ since Lin-Manuel Miranda already worked with Disney.

Remember the movie “Oceania”? The creator of Hamilton wrote the music of that movie as well, in fact, fans can easily notice his music style.

Anyway, this music is really worth it, spending two hours and a half watching it. Sometimes it’s very funny and full of comedy, but other times it becomes very deep and sad (at the end I’ve cried all time), and since it’s totally in English it helps understand new words and pronunciation of many words.

“You have no control. Who lives, who dies, who tells your story.” Eliza’s final song, by Lin-Manuel Miranda