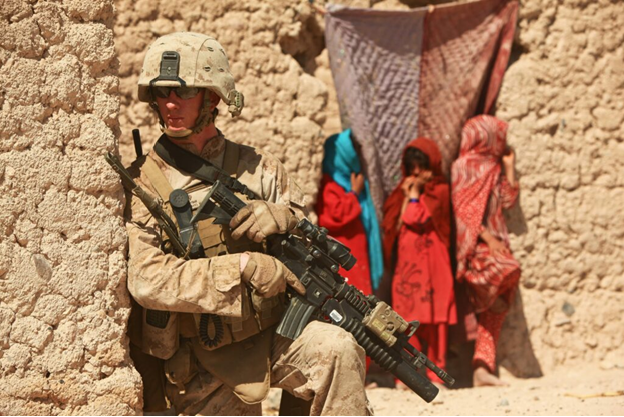 WHERE THE WAR TRIES TO DESTROY THE FUTURE

Due to its location, Afghanistan has been a hub of many cultures, in fact one historian nicknamed it as the ‘roundabout of the ancient world’. Those who settled included the Persians, the Greeks, a Buddhist civilization, the Arabs and the Turks. For hundred years Afghanistan was fought over by various Indian and Persian empires. Finally, in the 18th century, a group of Pashtun tribes defeated the Mughals and the Persians and consolidated its own large but unstable empire.

Throughout history Afghanistan has never been a peaceful place. The power was always in the hands of the stronger, it wasn’t transmitted or voted by anyone, but it was taken by force, with coups and murders. Afghanistan is always been a battlefield, destroyed by bombs, invasions and civil wars, too.

After years of famines, devastations, drought and power struggles the population was tired so they easily accepted the Taliban regime. It was founded by a small religious group, who launched a military campaign to create an Islamic state based on strict sharia law, imposing order, collecting weapons and tearing down checkpoints to extort money. Their version of Islam was harsh, extreme and dogmatic.

During the Taliban regime disputes between Afghanistan and the United States of America arose due to the terrorist attack of the 11th september 2001. Americans believed that it was organised by Osama bin Laden, a terrorist leader hidden in Afghanistan.

A war began, which ended on 7th December 2001 with the flight of the Taliban. From this moment on, the American army controlled the country to train and advise Afghan forces.

For almost twenty years Americans kept peace in Afghanistan but on 5th July 2021 the USA’s troops left the country and on 15th August 2021 Taliban took the power once again in Kabul, bringing back an atmosphere of fear and terror.

Pain and suffering marked the history of this country but there are just a few people who have the courage to talk about such a harsh topic.

One of these is Khaled Hosseini, the writer of three amazing bestseller books: “The Kite Runner”(2004), “A Thousand Splendid Suns”(2007) and “And The Mountains Echoed”(2013).

He was born in Kabul in 1965 and then he moved to the USA, where he also worked as a doctor before devoting himself to writing.

All of his books, that are settled in Afghanistan, have a historical background: in his first book Khaled describes the Taliban regime and he shows all the barbarity that it brought in this tormented country, like rape of children and women.

About the latter he really explains their conditions in the society particularly in “A Thousand Splendid Suns” where the main characters are two women deprived of their liberty.

Through these books we also learn about customs and traditions of this population, for example: the famous kite fighting that takes place every winter in Kabul, or locations where families go during their freetime or traditional afghan dishes (like pakora) and traditional afghan idioms, but not only. Khaled told us the etnic and religious differences, like between Pashtun and Hazara, or between Sunni and Shia.

His stories have moved readers around the world and someone even wanted to adopt an afghan child. Driven by these intentions, this incredible writer started “the Khaled Hosseini Foundation” to provide humanitarian aid for the population of this State, because as he said:

“There are a lot of children in Afghanistan, but little childhood ”.

When he wrote his books it seemed that a period of peace was taking place in Afghanistan, but today the cruel images of his books turned into a real nightmare again.

We are often locked up in our own glass bubble, but sometimes we need to get out and open our eyes: in some countries war is not something you hear about, but an everyday reality. In his first bestseller Khaled wrote:

“It may be unfair, but what happens in a few days, sometimes even a single day, can change the course of a whole lifetime.”

And reading that we ask ourselves: what can the future look like to a child that lives in a state where there’s always war?