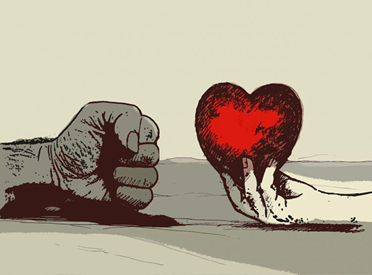 A PLAGUE TO BE ERADICATED.

__“Violence against women, 6 cases in one day. In Florence, 30 years old strangles his wife in a hostel: they were on their honeymoon”_

_“LONDON. Margory Villegas is just one of the many victims of what has become a veritable silent massacre in the UK.”_

These, unfortunately, are just some of the cases of violence against women that appear every day in the newspapers we buy.

in fact even today, in 2021, femicide is a recurring theme in the news pages.

All the cases of female violence are clearly higher than male.

Violence against women is a major public health problem as well as a violation of human rights.

Violence has short- and long-term adverse effects on the victim’s physical, mental, sexual and reproductive health. The consequences can determine for women isolation, inability to work, limited ability to take care of themselves and their children. Children who witness violence within families can suffer from emotional and behavioral disorders. The effects of gender-based violence affect the well-being of the entire community.

•In Italy, Istat data show that 31.5% of women have suffered some form of physical or sexual violence in the course of their lives. The most serious forms of violence are carried out by partners or former partners, relatives or friends. The rapes were committed in 62.7% of cases by partners.

Femicide on women takes many forms and modalities, although physical violence is the easiest to recognize. There is no profile of the typical woman who suffers violence. Violence can affect all women.

In addition to physical, psychological, economic, and verbal violence, as forms of violence we also recognize stalking or mobbing (Systematic persecution exercised in the workplace by colleagues or superiors against an individual).

As for me as a woman, I feel this theme even more close to me. I believe that nowadays, it is impossible to think that 1 in 3 women is afraid of leaving the house alone, that there are still cases of domestic violence, that even today women are considered inferior.

For what exactly? The woman just like the man has all kinds of civil and social rights.

It’s from a woman that we come into the world, and many men still have no respect for that either.

The woman just like every individual in the world has the right to be able to express herself, to be free, to be what she desires, a politician, a lawyer, a president, who are still considered by some”male” jobs today

It is not just about the woman, the girl, but about the mutual respect that each of us should have with another person, man, child, woman, or girl that she is.