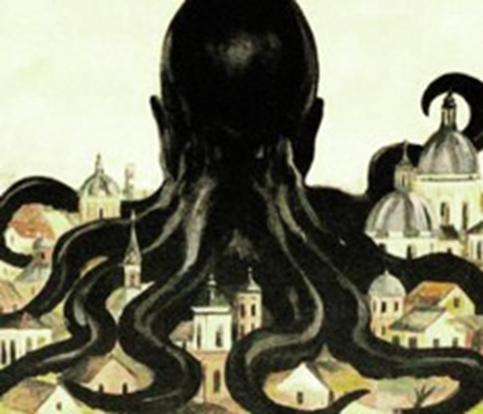 A monster that won’t go away

La Gazzetta del Sud is the daily newspaper of information of Southern Italy, founded in Messina in 1952 by Uberto Bonino. It is the most widespread daily newspaper in the province of Messina. It is published in different editions: Sicily, Reggio, Puglia, Cosenza, Catanzaro-Crotone-Vibo. In it, we find news stories, politics, economy, sport, culture, weather not only in the south of Italy but also worldwide.

Moreover, every Thursday edition includes an insert ” We Magazine” dedicated to young

people and to the school sector, with the aim of stimulating young people’s interest in

For several years now, with the development of the internet, as well as being a daily paper, it is also digital. The website is gazzettadelsud.it

Il Giornale di Sicilia, is a daily newspaper that for over 150 years has been providing news from Sicily and around the world on current affairs, politics, economics, sport, etc. This newspaper was born in Palermo, the first issue of the publication came out on the 7th June 1860 through the initiative of the liberal journalist Girolamo Ardizzone. Since 14 January 2014 it has published six editions: Palermo and province, Trapani, Agrigento, Caltanissetta and Enna, Messina and Catania, Siracusa, Ragusa.

The website of the Giornale di Sicilia (gds.it), after several years of absence, has been back online since 4 January 2010. The site is updated every day from 7.30 am to 10 pm.

Both are the best-selling daily newspapers in southern Italy.

The articles that have always particularly impressed me concern the Mafia, a criminal organization that despite the passing of time and changes, we have never managed to defeat. In fact, even today “Cosa Nostra” is not defeated, it has only changed face, moving from the TNT to the parlors, insinuating itself into the economic, social, and political logic of our country, as confirmed by the headline in the Gazzetta del Sud a few weeks ago: “Cosa Nostra Barcellonese and the ability to regenerate”. The mafia has continued to make its way “after the arrest of the historical bosses by now at 41bis. A new organization took root which used unsuspected people as messengers, avoiding the use of mobile phones or e-mail for communication, through the old and traditional door-to-door “imbasciate”, returning to extortion in the world of entertainment, nightclubs; prostitution; drug trafficking, and political-mafia electoral exchange”. (as stated in the article in the ‘Gazzetta del Sud’ of 25/02/22).

This shows that past history has taught us nothing because, as Paolo Borsellino said before his death: “if youth denies its consent, even the all-powerful and mysterious mafia will vanish like a nightmare”. Let us, therefore, ensure that the death of honest men like Judges Falcone and Borsellino, who single-handedly challenged Italy’s most evil monster, the Mafia, fighting not with firearms but with the weapons of their intelligence, is not vain and forgotten.

When very little was known about the Mafia in the 1980s, they discovered the secrets of this organization. The judges, thanks to the collaboration of the informers, were able to decipher their language, their way of acting. They were able to interpret the signs, gestures, messages, putting the brakes on the octopus, so let’s not allow it to continue to get everywhere with its tentacles, but let’s choose to live as free and honest men because our land is not mafia, our land is art, culture and good food.

Let’s learn to denounce, to rebel, not to be subjugated, because it is precisely from our denunciations that the blitz and arrests are triggered, just as an Italian entrepreneur Libero Grassi did 31 years ago when he had a letter of complaint published in Giornale di Sicilia in which he wrote “I wanted to warn our unknown extortionist to avoid threatening telephone calls and the cost of buying bombs and bullets, because we are not willing to make contributions and we have placed ourselves under police protection……”. (article in the Sicilian newspaper of 10 January 1991).

In that context of silence and loneliness, Grassi paid for that gesture with his life, but that document still remains an important document in the struggle for a better Sicily, for a Sicily that loves to awaken and redeem itself.