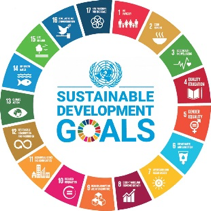 THE RIGHT TO HEALTH

After the Second World War it became clear that many of the horrors that happened had been caused by the ignorance of fundamental human rights which later were reassumed in 30 articles in the Universal Declaration of Human Rights and sanctioned, for the first time, on 10 December 1948 by the General Assembly of the United Nations. In my opinion, one of the most important is Article 25 because it exalts people dignity.

1.Everyone has the right to a standard of living adequate for the health and well-being of himself and of his family, including food, clothing, housing and medical care and necessary social services, and the right to security in the event of unemployment, sickness, disability, widowhood, old age or other lack of livelihood in circumstances beyond his control.

2.Motherhood and childhood are entitled to special care and assistance. All children, whether born in or out of wedlock, shall enjoy the same social protection.

The Universal Declaration of Human Rights finds a link with the 2030 Agenda, signed on 25 September 2015 by 193 countries. It is a promise that promotes 17 Sustainable Development Goals (SDGs) to be pursued and achieved by 2030. These goals concern the well-being of the person, the care for the environment and the global development. Article 25, for example, can be compared with objective 3 of the Agenda:

Apply nationally adequate systems and social protection measures for all, including minimum levels, and by 2030 achieve substantial coverage of the poor and vulnerable.

W.H.O. studies show that in the years 2000- 2015 improvements in world health status have been made if we compare them to the previous years as well as millions of deaths ahve been avoided. Today, instead, we are unfortunately facing a pandemic that began in March 2020.

The right to health is the basis of everyone’s life, even for the poorest strata of society. In the scientific field, researchers work continuously to improve the quality of people’s lives. In the modern age we have many means at our disposal to help and ensure the well-being of people but unfortunately it is still not enough. Therefore, each of us has the duty to contribute in any way, even in their own small way, on this front with personal and social interest.