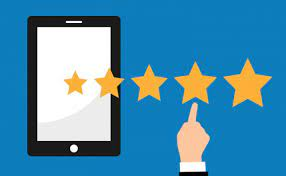 When we refer to web/online reputation, we are talking about how a brand restaurant or even a person is perceived by the online community. Having a good reputation, just like in real life, can serve a lot of advantages. For example, a shop that has good reviews will, most likely, have more customers than one with bad reviews.

Reputation has a great impact on industries and enterprises, but it also affects (more or less) people. This means that someone, who thrives off their own popularity, like influencers, must keep showing a pleasantly enviable image of themselves to the public.

To understand how much this is important in some parts of the world, we can take as an example, what happened to the Japanese idol, Aya Hirano. To sum up the story, she had a brilliant career that got ruined because she was caught in a scandal, for having slept with almost every male member of her band. After this became public, her reputation was denigrated to a point she couldn’t even show her face in public because of the backlash she would get, and her entire career was ruined, as she could only play small roles in voice acting jobs or apply for small acting roles. Of course, this example applies more to Asian countries where idols have this image of perfection that must be maintained to please the public, however, if we take a look at Italy, it seems as the more people get involved in shady stuff, the more famous they become, even though, of course, there is a limit to that.

Regarding social networks, it goes without saying they play an essential part in spreading reputation on the internet, and each one is specialized in a particular niche, in which information is perceived in a particular way. Twitter, for example, incites cancel culture (a form of hate or ostracism in which someone is thrust out of social or professional circles toward people deemed to have acted or spoken in an unacceptable manner, for instance, people who enjoy elements of cultures other than theirs, are accused of cultural appropriation, and being disrespectful); while Instagram is full of posers and people bragging about their happy and luxurious life, even though the truth is that it’s just a façade to gain more followers.

To end it off, we can say that the internet sped up the process of becoming popular as well as unpopular. The efforts of building a good profile may be nullified in an instant, for this reason, industries and celebrities are forced to keep up to date in response to the ever-changing tastes of the masses in order to always have a good and fresh reputation.

Web reputation may come to play a big part in our lives in the future, so it is important to be aware of the risks that it may bring, along, maybe, with its moderate benefits.