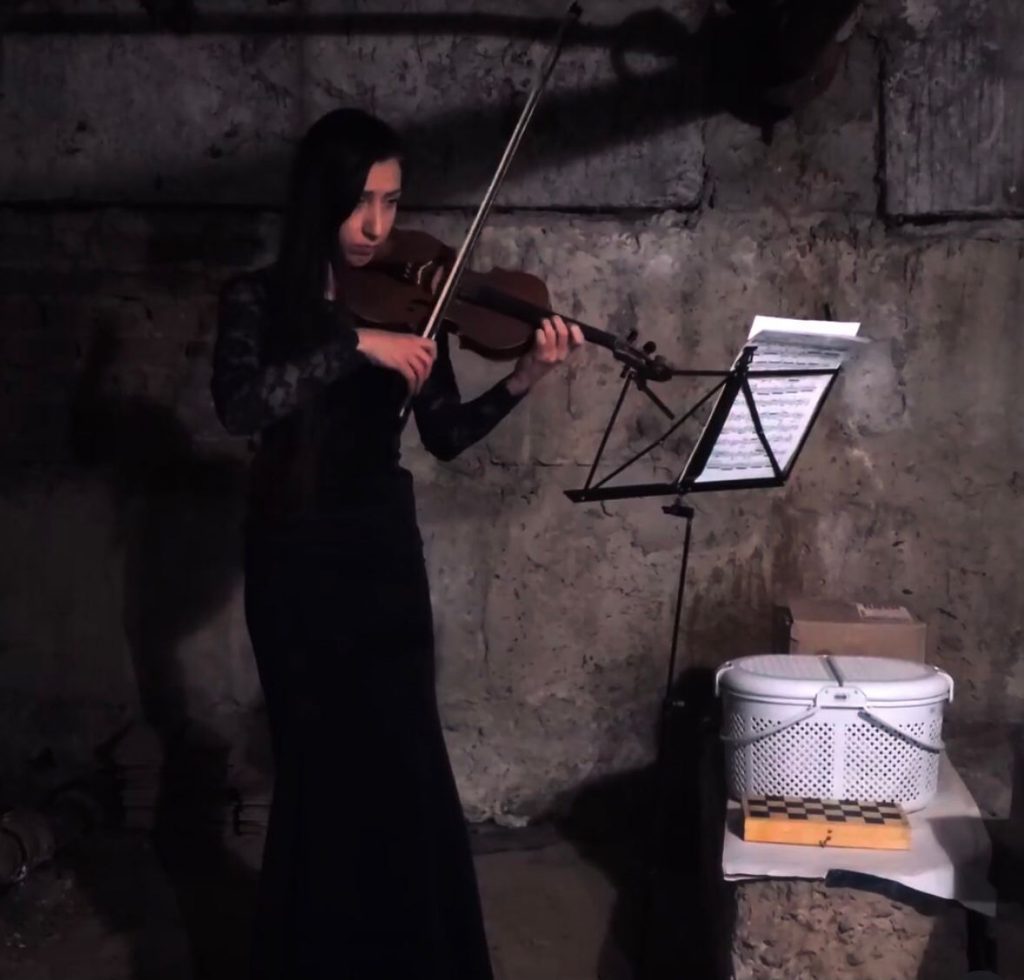 Music as a hope: Vera Lytovchenko

The war between Russia and Ukraine ,after two years of pandemic, has led other concerns and instability.

More than 15.000 lives have been broken. Most of the men must remain in Ukraine to fight and some inhabitants are running away from their hometown, leaving their dreams among the bombs and tanks.

Among the atrocities of suffering and despair, among the rubbles of war, constantly poised between life and death, the power of music does not fade. Indeed, once again, it becomes a symbol of hope.

Many people have made music a foothold. One of them is Vera Lytovchenk, violinist in the orchestra of the Kharkiv State Academic Opera and Ballet Theatre. In her videos, from the background of the basement where she has taken refuge with her family, stand out her evening dresses and her violin with which she dedicates the notes of renowned pieces.

When did you start to play? And what did you do before war began?

<< I started playing violin when I was 7, I studied music at school, at the University of arts in Kharkiv. I worked in different orchestras in Kharkiv and visited many countries with concert tours. I’ve been to Italy, Spain, Netherlands, Belgium, Germany, Poland, Turkey, Japan  and other countries. Now I’m an orchestra player in Kharkiv State Academic Opera and Ballet Theater. I am also  a violin teacher in Kharkiv music college.>>

How did you feel when you realized what was happening?

<<When I realized that the war began I was absolutely shocked and honestly, I still can’t believe and realize that what is happening is true.>>

Even in this horrible situation, you keep playing. What prompted you to keep playing even in the basement where you are now?

<<I go on playing music because many people from Kharkiv and other ukrainian cities ask me not to stop. They tell me that my music gives them more strength to stand all the nightmares around and inspires them to live and hope.>>

Why did you decide to post your video on the internet?

<<I decided to post my videos after watching the video of my student playing in the underground station where she was hidden from bombing.>>

Do you want to say something to people who are out of the conflict?

<<People out of conflict can’t understand how we feel and I wish they’ll never understand it. My country is peaceful and we would have never wanted any war conflict. Kharkiv is a multicultural city, we are russian-speaking Ukrainians and we never feel any persecutions. We don’t want to be refugees. All my friends dream about returning home after our victory to rebuild our country and live in peace>>.

‘’We all live with the objective of being happy; our lives are all different and yet the same’’

Although war may seem distant and we might think that it does not concern us, we are human and as citizens of the same land, we must help those who need. There are several ways to help. Don’t be selfish.